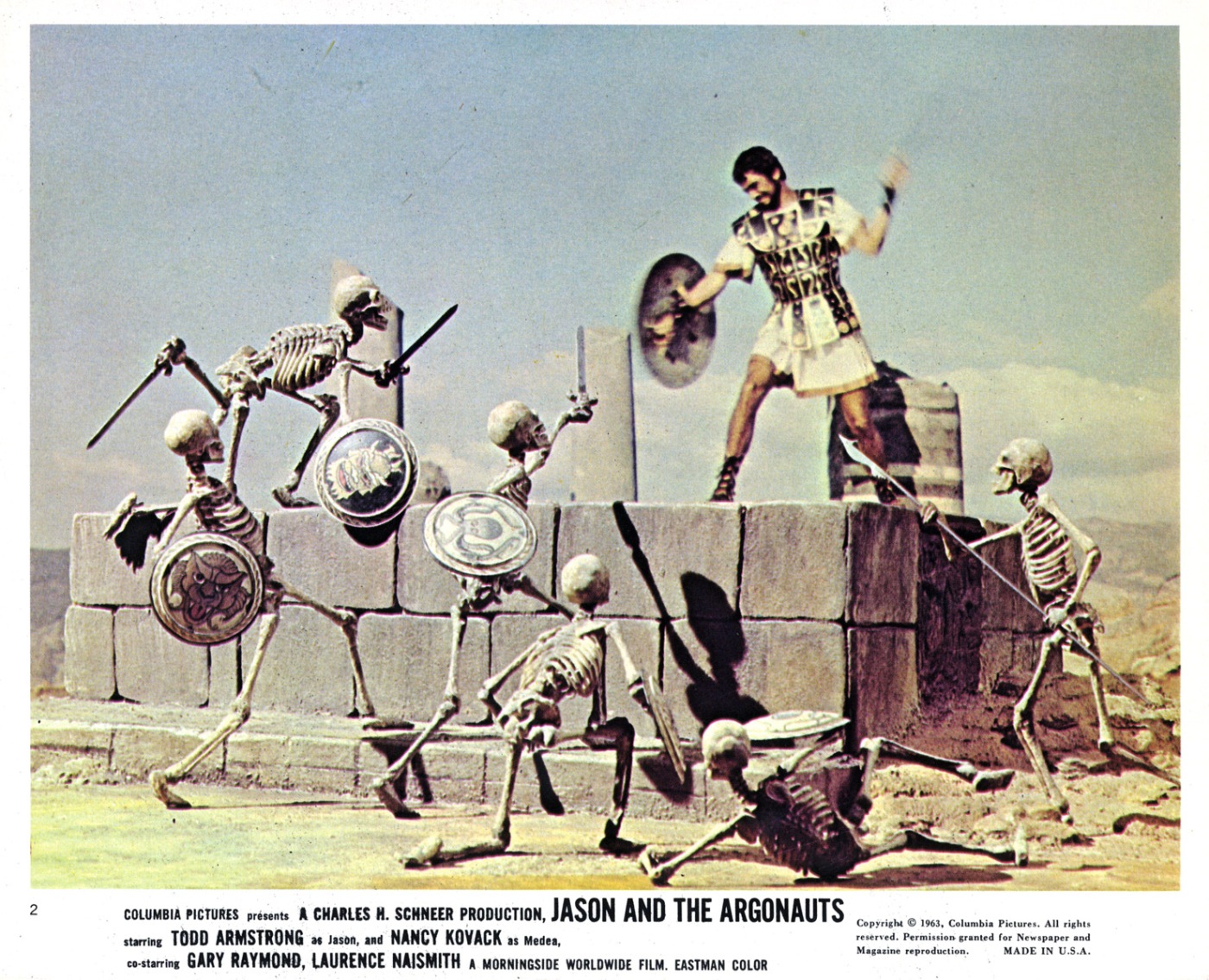 Ray Harryhausen passed away at the age of 92 on May 7, 2013. The stop-motion visual-effects master’s work made a huge impact on my childhood and fueled my love for fantasy and monster movies, from the first Harryhausen movie I saw in the theater (a revival screening of THE 7TH VOYAGE OF SINBAD) to the last (CLASH OF THE TITANS) and every one in between that I watched on TV. It didn’t matter how good the movie itself was — I was always just waiting to see the moment when Harryhausen’s creations would come to life.

My appreciation for Greek mythology grew tenfold thanks to the many magical creatures Harryhausen shared on celluloid, and my desire to first understand filmmaking and the painstaking craft of stop-motion animation stems primarily from Harryhausen’s efforts.

Ray never referred to his creations as “monsters” per se, but very specifically called them his “creatures.” Like many a great monstrous adversary, his antagonists were simply misunderstood. And that was the key to feeling empathy for them, no matter how horrific or destructive they may be. I learned a lot from that consistent approach. 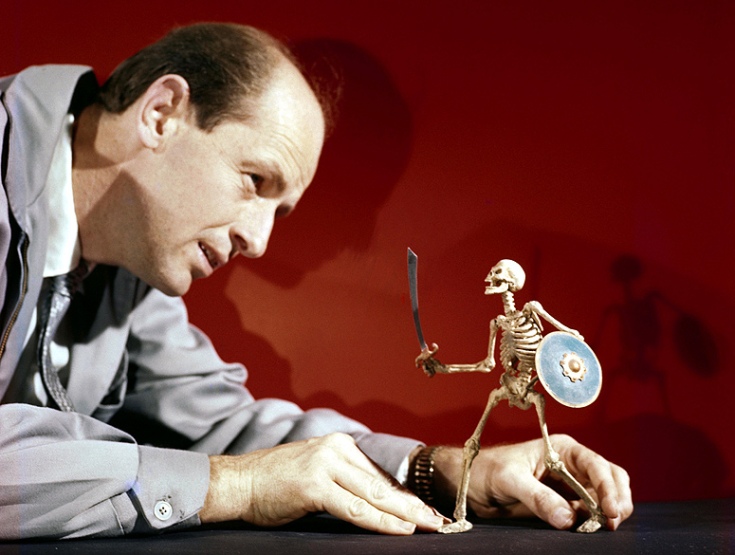 The anniversary of Ray Harryhausen’s passing prompted me to repost the obituary and personal remembrance that I wrote for ENTERTAINMENT TONIGHT the day he died. Please give it a read and take a moment to revere the magic of his work:

Visual effects pioneer Ray Harryhausen, whose sci-fi and fantasy creations were brought to life in such films as the original Clash of the Titans and The 7th Voyage of Sinbad, died in London today, according to his Facebook page. He was 92.

Born in Los Angeles on June 29, 1920, Harryhausen pioneered the stop-motion animation technique (he himself was inspired by watching the original 1933 King Kong and started out by making stop-motion films in his garage), bringing rubber and clay to life and fueling the imaginations of young moviegoers for decades, reaching back to such matinee favorites as Mighty Joe Young (1949), It Came From Beneath the Sea (1955), Earth vs. The Flying Saucers (1955), 20 Million Miles to Earth (1957), Jason and the Argonauts (1963), Mysterious Island (1961) and the Sinbad movies. Although the multi-award winner never won any Oscars for his hugely influential work (even the stop-motion Tauntauns in The Empire Strikes Back owe a debt to Ray), the Academy honored him with the Gordon E. Sawyer Award in 1992 for his technological contributions to the industry. 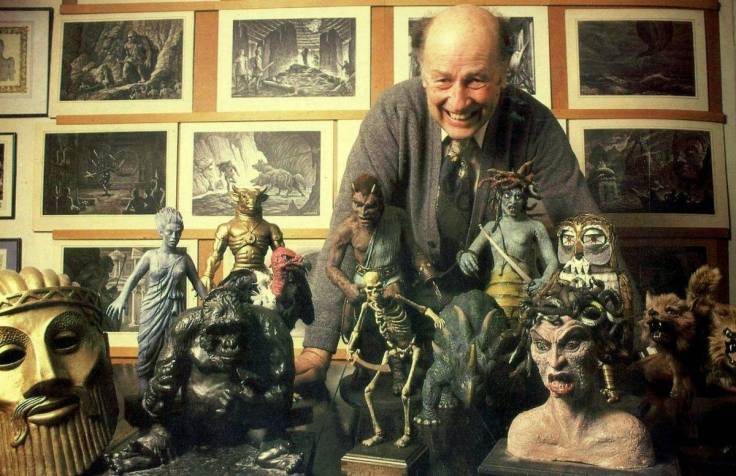 My first experience of the work of Ray Harryhausen came with a big-screen revival viewing of 1958’s The 7th Voyage of Sinbad. Already a big fan of dinosaurs, I was blown away by the incredibly believable (for an eight-year-old) creature battles and immediately set out to see as many films featuring Harryhausen’s work as I could. In fact, I credit my obsession with multiple-armed religious artifacts to a specific scene in The Golden Voyage of Sinbad (1973) in which the intrepid sailor and his men battle a statue of the six-armed goddess Kali come to life. 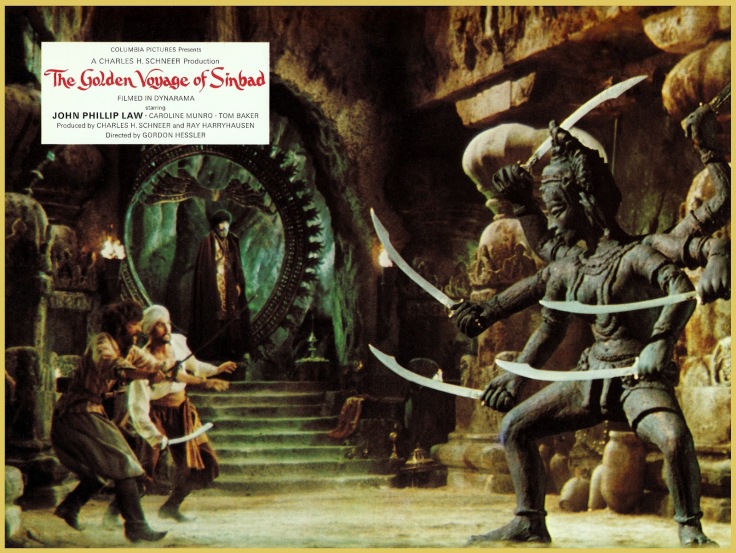 Harryhausen’s creations are numerous, and each one has their memorable moment, imbued with life one frame at a time. The exciting skeleton sword-fight sequence in Jason and the Argonauts — which runs for four minutes and thirty seven seconds — took four and a half months to painstakingly photograph and required an estimated total of 184,800 individual movements. That takes some serious patience. 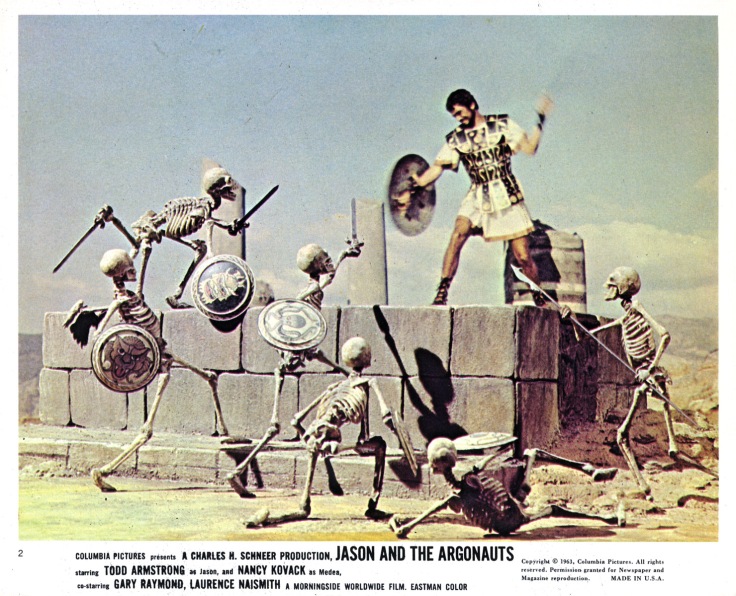 For the production of The 7th Voyage of Sinbad — which features a solo skeleton sword fight, a half-woman/half-snake dancer, a giant two-headed vulture and an epic battle between a towering Cyclops and a fire-breathing dragon — Harryhausen’s hands were actually insured for a million dollars.

Ray’s attention to detail was legendary. In Clash of the Titans, Perseus’ battle with Medusa — arguably Harryhausen’s stop-motion pièce de résistance — featured shadowy close-ups of the Gorgon that were influenced by shots of Joan Crawford in 1945’s Mildred Pierce, while the movement that sees Medusa pulling herself along by her arms was influenced by a character in Tod Browning’s Freaks (1932). 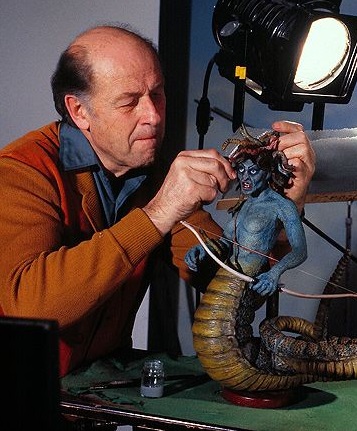 Do yourself a priceless favor: Watch a few of Ray’s greatest hits with your own Saturday afternoon matinee, and appreciate some of the true artistry that brought magic to the movies — before too many CGI pixels drained it all out.

Watch a great video montage of every one of Ray’s monsters in action HERE.

4 thoughts on “A Moment to Revere Ray Harryhausen”

#Halloween is coming. All are welcome…
I’ve always gotten a kick out of Vader’s Force #coffee grab in the original Marvel #StarWars adaptation.
INVASION OF THE SAUCER-MEN lobby card, circa 1957.
Such a treat to be able to hang out with this living legend for @80sscifidoc and chat about the good ol’ days.
No, it’s not a phone.