STAR WARS arrived in movie theaters across America 40 years ago today: May 25, 1977. Like so many people of my generation, the George Lucas Sci-Fi fantasy rocked my world and changed the trajectory of my future aspirations. After seeing STAR WARS, I knew I would work in movies some day. I planned to head west to California and be part of the entertainment industry. And I hoped — dreamed, really — that one day I could make something that would exhilarate audiences exactly the way that film did for me. 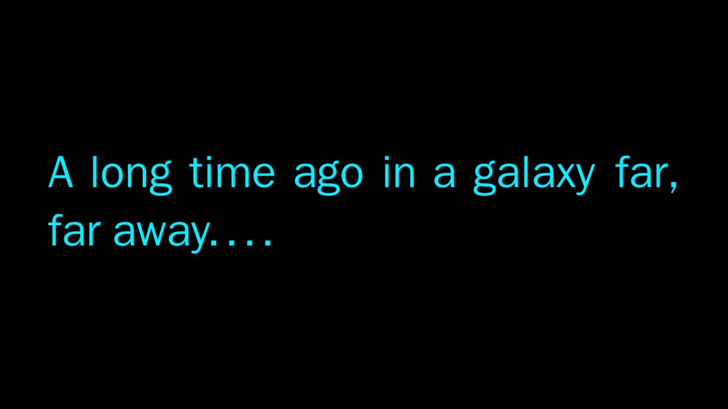 I first saw STAR WARS in Yonkers, New York at the Central Plaza Cinema in the hot summer of 1977 — the first of many times at that spot. 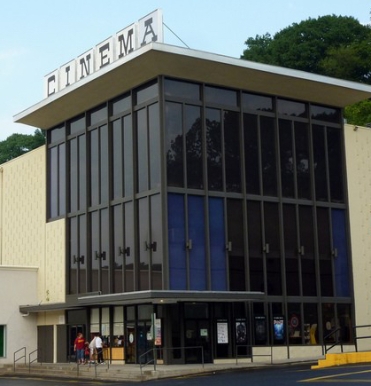 I was nine years old, and I remember walking into that theater with my mother and sister knowing very little about what I was about to see, but excited to be about to see it since I had seen the trailers a few times on television. Once the lights dimmed and those blue words appeared on the screen — A long time ago in a galaxy far, far away… — I was lost down the rabbit hole of that Lucasfilm universe and would never be the same again. Literally. I walked out of that theater in Yonkers a changed individual.

So many of us had that same exact experience seeing STAR WARS for the first time during the summer of ’77.  I remember pressing my nose to the glass and getting the STAR WARS souvenir program book next to the candy selections at the theater the second time I went to see the film. As the huge crowd settled in, I dove into that thing to learn as much as I could about the film — the characters, the creatures, the actors, the filmmakers, the behind-the-scenes details, even who did what in the “technical crew” like the costume designer, matte artist, and chief model maker — before the lights would dim and I would be transported back to that galaxy far, far away again. 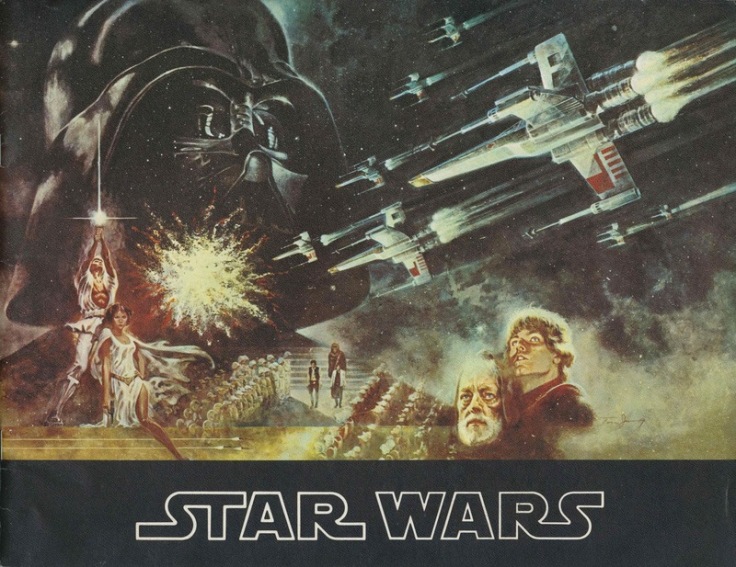 There are certain indelible art images I have from my earliest experiences with STAR WARS marketing that take me back to that first tingly feeling I had about the film: The colorful, deep-blue Hildebrandt movie poster; the John Berkey art on the cover of the paperback novel; the amazing Berkey-painted battle over the Death Star poster that was included with the John Williams double-record soundtrack album. That epic Tom Jung art on the souvenir book, and his one-sheet that became the template for the brothers Hildebrandt version.

It all meant so much to me then because there was so little material available when STAR WARS initially was released. I’d pore over anything I could get to relive the film in my head until more books and merchandise became available to round out the experience — Topps STAR WARS trading cards, plastic lightsabers, Kenner toys, T-shirts, iron-ons, bed sheets and pajamas, and then so much more. Much, much, much, much more now.

“For someone who grew up on Famous Monsters magazine and Ray Harryhausen, I just couldn’t believe how much fun we were having doing it.”

Cut to summer of 2012 and my first opportunity to meet the hero of my favorite movie of all time. I first met Mark Hamill for an ENTERTAINMENT TONIGHT interview in San Diego just outside of Comic-Con in July. He made himself available to talk about his role in the indie film SUSHI GIRL but was happy to oblige a few questions about STAR WARS.

As we all know, the man had been asked every question there was to ask a million times over about what it was like to be in the middle of the George Lucas maelstrom. So I simply asked if he’d share his most indelible memory from the experience as a whole, whether it was a personal moment on the set or the first time he’d seen his Luke Skywalker action figure.

“I would say moments of reflection in North Africa with Sir Alec Guinness,” he replied, slowly swirling in his swivel chair like a levitating Jedi. “Between shots, it was surreal, in a way, because the terrain was so alien, you know? And sitting with Sir Alec Guinness over there — pinch me — as a robot with his head off was smoking… I mean, it was just odd.”

He continued, “[Star Wars] was disparate parts of cowboy movies, pirate movies, World War II movies, and swashbuckling and all that — everything old is new again, and George put so many elements into it that were recognizable to film fans. You know, certainly, for someone who grew up on Famous Monsters magazine and Ray Harryhausen, I just couldn’t believe how much fun we were having doing it.”

Ding! When Hamill brought up Famous Monsters and Harryhausen, my eyes lit up. Our conversation had just taken on a whole new level of understanding. He had reached out with that secret geek handshake acknowledging that in actuality he was just like me: an overgrown Monster Kid raised on B-movies, classic horror, and the cult of Forrest J Ackerman. I gained a whole new level of respect for him, and this was years before I ended up as editor of Famous Monsters of Filmland. We were on the same page.

Hamill kept going. He recalled the experience of making his Sci-Fi classic as simply one in which he and his co-stars would just laugh non-stop. “I mean, how could you not? With a Wookiee sitting next to a knighted actor, you know?” he said with a chuckle. “It was just too much. And I thought, ‘This thing, even if it bombs big time, it’ll be a cult movie at midnight [movie theaters],’ you know? So I didn’t count on us making two sequels. But that first one was just too much fun to describe.” 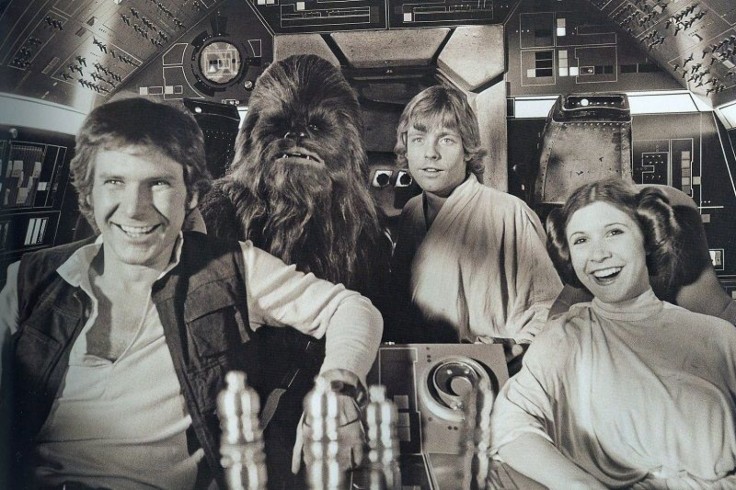 Of course, Hamill would go on to return to the franchise three years later for THE FORCE AWAKENS and then THE LAST JEDI — and hopefully STAR WARS: EPISODE IX. We have spoken several times since then, both in interviews for ENTERTAINMENT TONIGHT and then, full circle, for Famous Monsters. Go figure…

Get more of my STAR WARS memories of the Kenner toys in STAR WARS Early Bird Kit Nostalgia and more with my STAR WARS May the Fourth musings.

RIP #MeatLoaf. A one of a kind. When I met him while I was working at ET he was incredibly charming and approachable. Bat Out of Hell is an epic contribution to rock. He will be missed.
#HeavyMetal
Fotonovels and such.
#JamesBond
#StarTrek #Catspaw
Photo taken on the Amityville set seen in #TheConjuring 2 in 2015.