Today marks the 50th anniversary of one of my all-time favorite STAR TREK episodes: “The Doomsday Machine.” 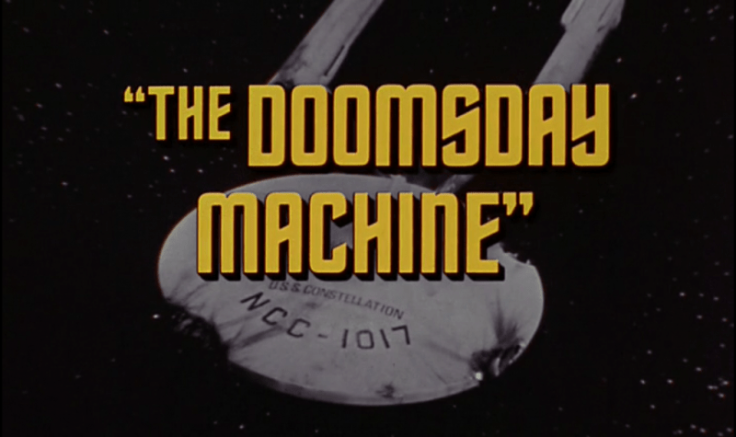 The sixth episode of the show’s second season, “The Doomsday Machine” had everything a STAR TREK fan could want — action, suspense, courage, remorse, sacrifice; I was completely enraptured by the storytelling. Growing up in the ’70s watching reruns of TREK on WPIX TV in the suburbs of New York, I was already a huge fan of the show. But “The Doomsday Machine” elevated my appreciation of STAR TREK into the stratosphere.

In brief, the U.S.S. Enterprise encounters the tattered remains of the U.S.S. Constellation, a Federation Starship that barely survived an encounter with The Doomsday Machine, a seemingly unstoppable “planet killer.” The only surviving member, Commodore Matt Decker (played marvelously by William Windom), feels incredible guilt after losing his entire crew and seizes the opportunity to face off once again with the weapon by commandeering the Enterprise.

The larger stakes are great in this situation too, because if the Doomsday Machine is not destroyed in this confrontation, it will make its way to “the most densely populated section” of their galaxy.

“They say there’s no devil, Jim, but there is. Right out of hell, I saw it!” – Commodore Matt Decker 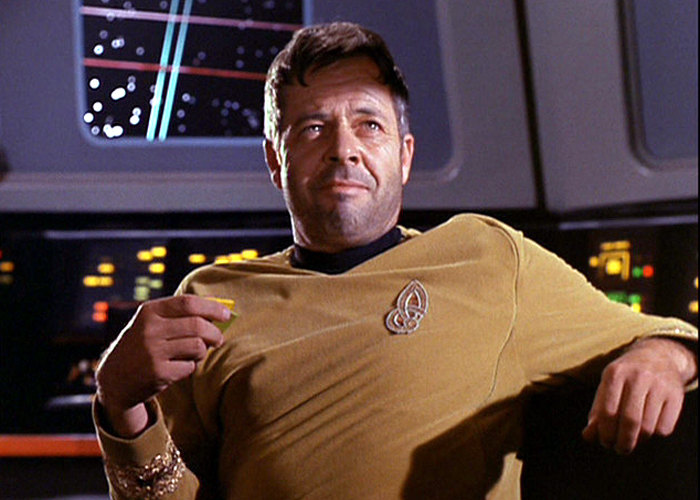 With obvious shades of MOBY DICK, what makes this episode so compelling is seeing Decker’s obsession with confronting the planet killer a second time. He knows his emotion has overtaken his common sense, yet his drive to exact revenge is too great. His rank allows him to take command of the Enterprise, making for some spectacularly tense moments with Mr. Spock (Leonard Nimoy) and Captain Kirk (William Shatner), and it’s compelling stuff seeing how Kirk works with Scotty (James Doohan) and his crew under serious pressure to bring the Constellation back to life to battle the Doomsday Machine. 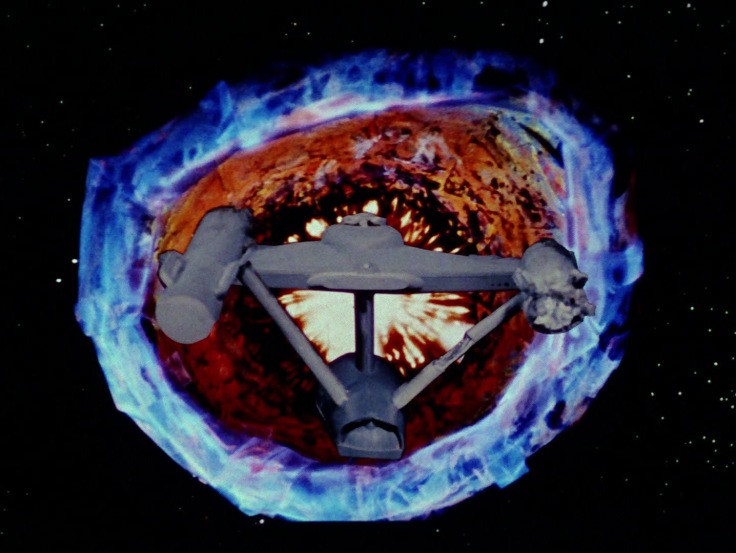 Perhaps above all else, the music for this episode by Sol Kaplan is what clinched the deal for me. The bombastic score turns the Doomsday Machine itself — in essence a silly-looking, log-like vessel — into a compelling character, a force to be reckoned with. The oppressive tones told you that this opponent was so powerful — you believed that it could most definitely swallow a starship and consume Captain Kirk himself. Decker had his own, bittersweet emotional theme, and as the Constellation counts down to detonation with Kirk on board, grappling with a failing transporter system, the brassy, percussive music practically pushes you to the edge of your seat with nervous excitement.

“The Doomsday Machine” also stands as the one STAR TREK episode that I was glad to see “remastered” with enhanced special effects. Once I had seen the improved special effects in the STAR TREK films, I always wished that someone would go back to that particular series episode to upgrade the epic confrontation. Years later, I finally got my wish. Not only does it look much better, but the battle between the two Starships and the Doomsday Machine shows greater action choreography and really draws you in.

Happy 50th anniversary to “The Doomsday Machine” — what an episode!

Read more of my STAR TREK pieces, including my visit to the Roddenberry archives and exclusive footage from the making of STAR TREK II: THE WRATH OF KHAN!