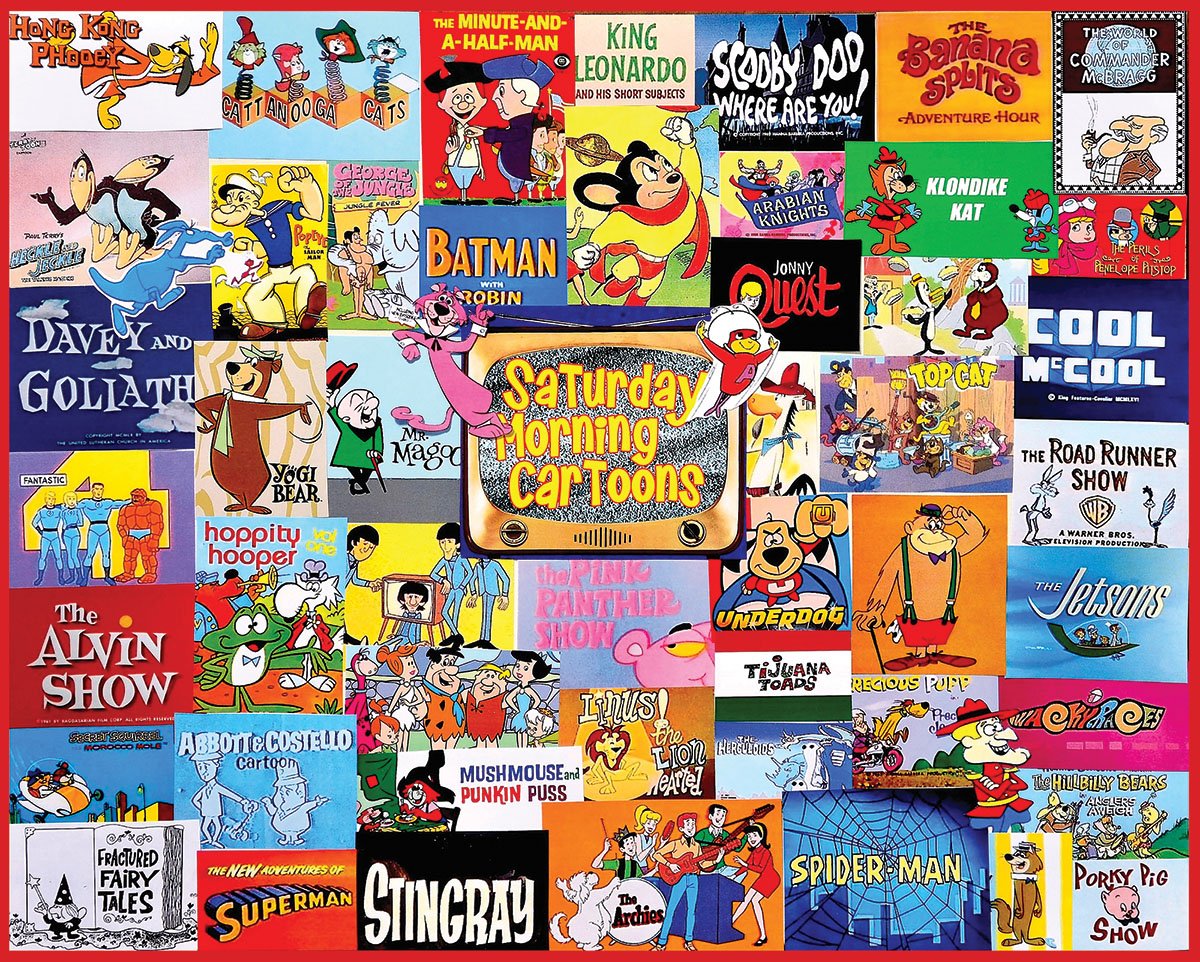 For decades, generations of kids counted down the days each week until Saturday morning would arrive, when they could sit down in front of the TV, fueled by sugar cereals, and watch their favorite cartoons and live-action programming for hours and hours while their parents slept in.

Concepts and filming/animation techniques pioneered by the likes of Hanna Barbera, Sid & Marty Krofft, Filmation and even Pee-wee Herman himself, Paul Reubens, changed the way artists approached and subverted the format; Hollywood Studios sought to reinforce their characters and brand names beyond their big-screen presentations; and new avenues of marketing innovation were carved, including prime-time preview specials devoted to the fall season launches by ABC, NBC and CBS (and later Fox, The WB and The CW).

Despite the threat of being called out as half-hour advertisements, shows became launching pads for loads of merchandise, from plushes and action figures to lunch boxes, party favors, school supplies, bedsheets, and tie-in breakfast cereals.

It was a much-beloved era, with the Saturday-is-kid’s-day concept kickstarted in the ’50s and then going full-throttle in the ’60s all the way up through the 2000s, remembered fondly as a ritual by so many who grew up in North America.

Behind the scenes, this kids’ playground was also a corporate battleground for networks, advertisers, manufacturers and merchants. There was money to be made — gold in them thar hills!

So why did Saturday Morning programming disappear? A complicated alchemy of syndicated and cable network competition, strict parental watchdog groups and anti-commercialism rules, the preponderance of video game distractions like Nintendo, Internet advances, and other elements undermined the kid-programming half-day domination and brought the era to an end with a sad whimper about a decade into the 2000s.

My golden era was during the ’70s, as I was born in 1968, and was the prime target audience for anything and everything the networks would throw at me. Standout shows for me include (in no special order) a mixture of live-action and animated programs (not to mention reruns from previous decades that made their way back into Saturdays/syndication): LAND OF THE LOST, THE KROFFT SUPERSHOW, STAR TREK THE ANIMATED SERIES, THUNDARR THE BARBARIAN, GODZILLA, RETURN TO THE PLANET OF THE APES, SHAZAM!/ISIS, FLASH GORDON, SUPERFRIENDS, PINK PANTHER, JABBERJAW, VALLEY OF THE DINOSAURS, MONSTER SQUAD, FANTASTIC FOUR, SPACE GHOST, HONG KONG PHOOEY, CAPTAIN CAVEMAN AND THE TEEN ANGELS, JONNY QUEST, HERCULOIDS, JOSIE AND THE PUSSYCATS IN OUTER SPACE, SECRET LIVES OF WALDO KITTY, PLASTIC MAN, JASON OF STAR COMMAND and ARK II.

Once the SOUL TRAIN arrived at the station in the late morning, or especially if I made it to AMERICAN BANDSTAND, I knew it was time to stretch my legs and and rub my bleary eyes. My stomach would be ready for a toasted-cheese sandwich and Jell-O if my mom had made some. And if I was lucky, my parents wouldn’t declare, “Now go outside and play,” and I’d get to return to the TV set for a monster-movie afternoon matinee.

Do you have fond memories of waking up early on Saturday mornings and carving out a spot on the floor or couch? Did you mark up your weekly TV Guide to plot your viewing schedule and channel changeovers in the pre-VCR days? I remember some serious, SOPHIE’S CHOICE-style decisions that had to be made when two of my favorite shows were running against each other in the same time slot. My solution would be to rotate shows every other week, with the hopes that repeats would pick up the slack with episodes I’d miss. Or in the case of VALLEY OF THE DINOSAURS vs. LAND OF THE LOST, VALLEY lost out since LOST was clearly real. Right?!?

Lots of happy memories of a bygone era…

Then, check out more of my nostalgia pieces and celebrity and filmmaker interviews HERE.