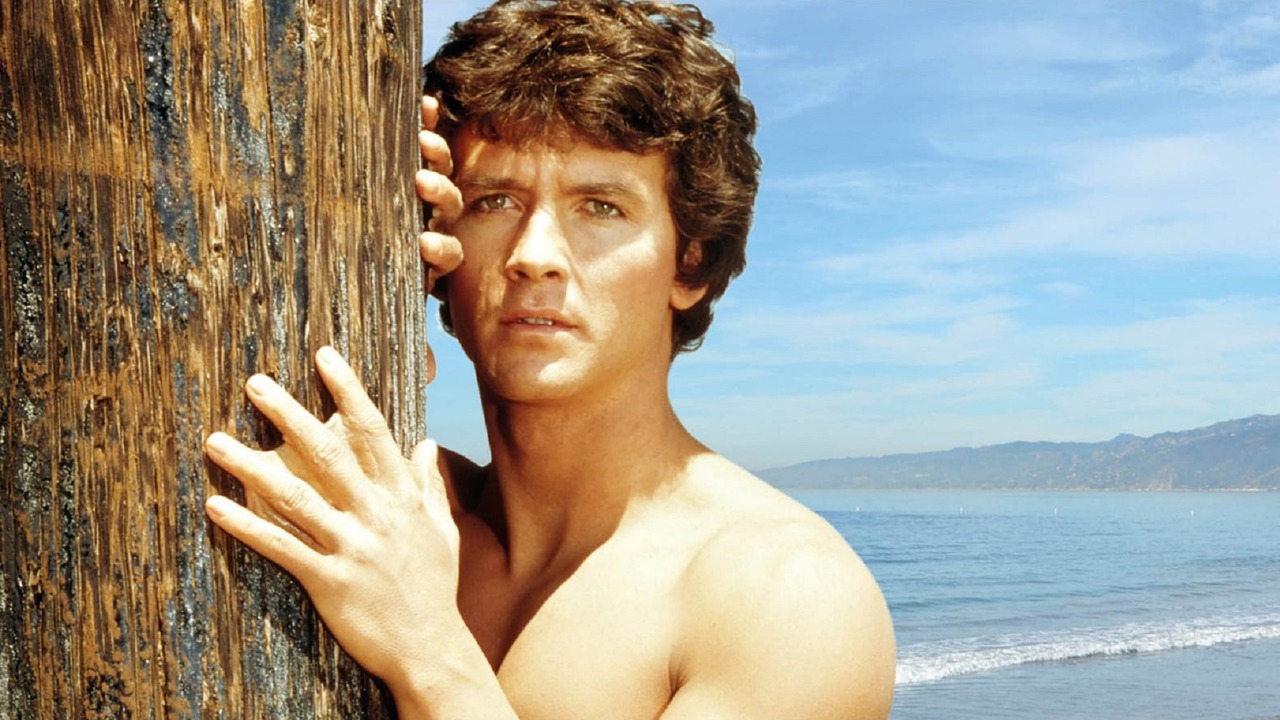 In the mid-1970s, it seemed that prime-time television had very little interest in earthbound Sci-Fi other than the exploits of THE SIX MILLION DOLLAR MAN and THE BIONIC WOMAN. With the energy crisis, pollution, and the single tear of Iron Eyes Cody permeating the airwaves alongside coverage of Jacques Cousteau’s aquatic exploits, the Bermuda Triangle, and JAWS, public fascination fixated on our increasing destruction of natural resources and the mysteries of the ocean blue.

Out of the depths of that potent brew came MAN FROM ATLANTIS, with a pre-DALLAS Patrick Duffy starring as the title character, Mark Harris. First airing on prime time in the form of four TV movies, and then as a short-lived, 13-episode series, the show ran on NBC between 1977 and 1978. I was ten years old when the show caught my attention, and I have fond memories of attempting to imitate Harris’ dolphin-like swim style in the local pool, of trying to hold my breath underwater beyond a minute like Duffy could, and even of taping paper between my fingers to look like I had Harris’ webbed hands.

“My frame of reference is always that anybody who watches MAN FROM ATLANTIS and remembers it has to actually put on their ten-year-old brain to really appreciate it,” Duffy tells me. “We did whatever we could, but at that age young people bought into it completely. They just figured Steve Austin could run like that, and Mark Harris could swim like that. … I think the old shows really do hold up from a fantasy point of view.”

The almost-literal fish-out-of-water MAN FROM ATLANTIS storyline followed the discovery of Harris, an amnesiac with webbed hands and feet who had the incredible ability to breathe underwater and withstand tremendous depth pressures. Believed to be a survivor of the lost civilization of Atlantis, he was recruited by a government agency to explore the ocean in the U.S.S. Enterprise–like submarine, Cetacean, and take on hazardous underwater missions with the beautiful Dr. Elizabeth Merrill (Belinda Montgomery) by his side.

“The pilot and the first couple of two-hour movies were the thing that really cemented it as legitimate science fiction,” says Duffy, who readily admits, “then we sort of got off the rails a little bit.” For as intelligent and thought-provoking that those first couple of TV movies were, the 13-episode series gradually got sillier and even more far-fetched, with tales that tackled a deadly siren, a magical imp (a curly mustachioed Pat Morita), an evil twin, and even a whinnying, two-headed seahorse creature. “That two-headed sea monster that I was taller than,” laughs Duffy. “It was like, ‘OK, now you’re fighting this guy and he’s terrifying,’ and this Muppet comes around the corner. It was hard to keep a straight face, to be honest. … I think literally by then, we were in full BATMAN mode.”

The show’s special miniature effects by Gene Warren (THE TIME MACHINE, LAND OF THE LOST) — especially the Cetacean and long shots of Mark Harris swimming at great depths — were impressive given the budget of the TV movies. I certainly was convinced that they filmed a life-sized submarine underwater. Mark Harris’ webbed hands were courtesy of Fred Phillips, famous for Leonard Nimoy’s Mr. Spock ears on STAR TREK, and Duffy says that his odd, cat’s-eye contact lenses were painted with model airplane paint and incredibly painful — something he lobbied to remove from the character in exchange for dark sunglasses.

The role also required Duffy to be an expert swimmer. “That was my ace in the hole,” he beams. “My sister was the international and United States diving champion for years and years. … So she trained me and I was extremely comfortable in the water.” Duffy was required to hold his breath for two minutes at a time (two minutes and 35 seconds for one particular scene), and he developed the lung capacity to maintain that feat.

As for Harris’ unique underwater movement, the actor reveals, “They originally wanted the swim to be more like a sea snake, side to side, like a fish. But human vertebrae don’t move side to side, they undulate. So the script was changed to the porpoise kick, which propels you, but certainly not at any speed. Everything was undercranked and towed to make it work.”

As for those revealing yellow trunks he wore in every episode, Duffy recalls that no modesty was necessary — even for those cold days shooting in the frigid waters around Catalina island. “I had a special under-the-swimsuit garment that I had to wear that pretty much neutralized any indication that I was male, female, or coatimundi,” he jokes. “They were made almost out of terry-cloth-towel type of material, so they absorbed the water and became very clunky and, by today’s standards, certainly not attractive like most of your superhero suits are today. And they sure as hell didn’t keep you warm when you were in Catalina in October and November.”

Because the MAN FROM ATLANTIS series was so short-lived, very little merchandise was created for the show other than novels and comics. A lunch-box prototype was created, but not mass produced. One of only four known to exist, in mint condition, sold for $7,650 on eBay in 2013. And the Kenner toy company had conceptualized a collection by toy designer Steve Hodges, including 3 3/4” figures of the cast, alien creatures, underwater vehicles, and a Cetacean play set. “I flew back to Cincinnati to the Kenner toy company, and they showed me the mock-ups,” recalls Duffy. “So they’re probably in the Kenner toy historical museum if such a thing exists. But I actually saw myself as an action figure. Somewhere in the universe, there is a Mark Harris doll.”

After the series aired, there was never any talk of revisiting MAN FROM ATLANTIS with another TV movie, but the idea of doing a book always stuck in the back of Duffy’s mind. In 2016, the star wrote a brand-new adventure for Mark Harris, simply called MAN FROM ATLANTIS, with an eye to write a full trilogy. “[In the show] we hypothesized where [Mark Harris] was from and who he was, but it was better television to never zero in on it,” explains Duffy. “I decided I wanted to zero in on it in the first volume, and literally in the first 50 pages he’s off searching for the roots of his entire genetic history. … And we set the stage of the mythology of planet Earth, basically, of which Mark Harris is a small, but integral part of a much larger picture.”

At the time, Duffy was anxious to see the response to the new written adventure, which would determine whether or not he dives back in for two more book installments. Either way, he said that he’s satisfied with the resulting endeavor: “It completed my idea of what the character of Mark Harris was supposed to be initially, and so I’m happy with it.”

Duffy has a healthy sense of humor about the limitations of MAN FROM ATLANTIS, but remains grateful for that first opportunity: “I never disparaged that character or that show or any part of it. Everything that I’ve done since, how I got DALLAS, it came directly from ATLANTIS. That’s all part of the treasures of my heart, and I give it every due respect whenever I can.”

(This article first appeared in Famous Monsters of Filmland issue #286)

Then, check out more of my celebrity and filmmaker interviews HERE.

One thought on “Patrick Duffy Resurfaces ‘Man From Atlantis’”