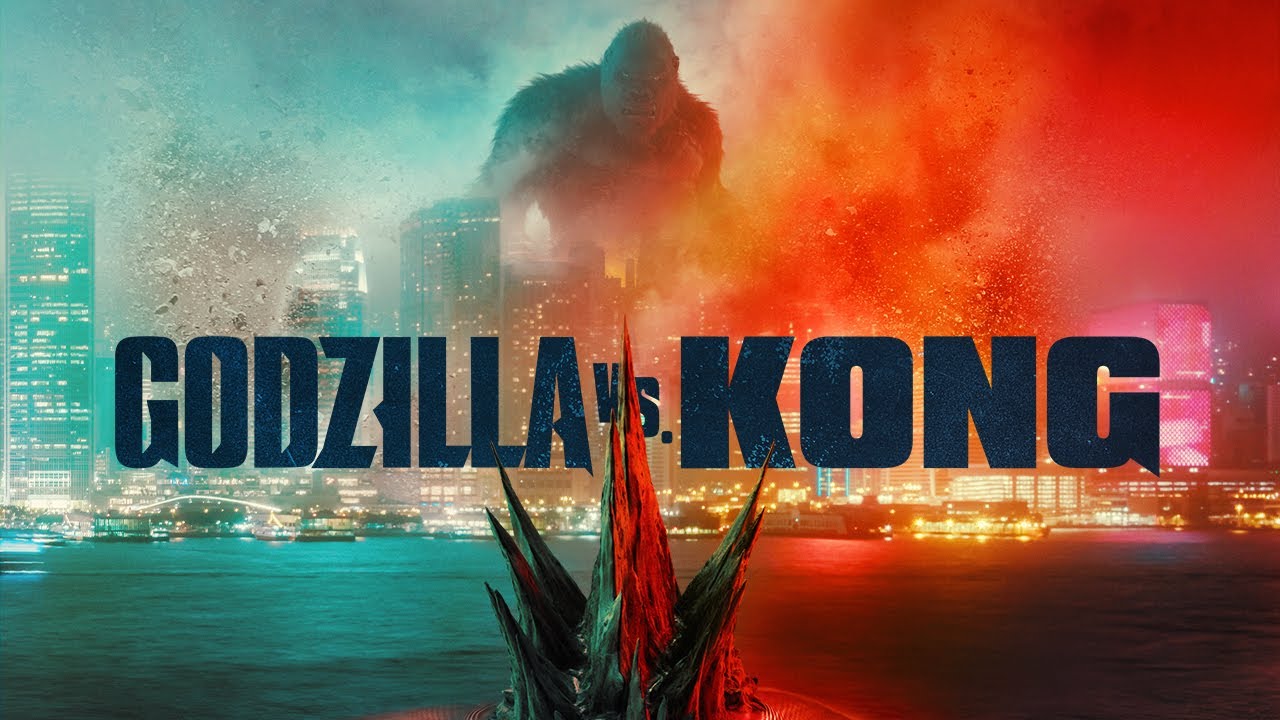 WHAT’S THE DEAL: The epic showdown of the classic kaiju titans is finally here, with King Kong and Godzilla facing off against each other for the first time on the big screen since 1962’s KING KONG VS. GODZILLA — and the first time ever as an American-made production with the blessing of Toho Co.

WHY SEE IT: The fourth film in the Warner Bros./Legendary MonsterVerse series (after the arrival of the first American-made, Toho-approved/classic-styled ‘Zilla in Gareth Edwards-directed 2014 GODZILLA; 2017’s KONG: SKULL ISLAND, and 2019’s GODZILLA: KING OF THE MONSTERS), the breezy GODZILLA VS. KONG is refreshingly entertaining compared to the last two MonsterVerse films. But that’s not saying much.

I was crushingly disappointed by the last two films in the MonsterVerse series after Edwards’ artful reinvention finally brought a solid visual style and coherent narrative to the American-made Godzilla films (looking at you, Roland Emmerich); while SKULL ISLAND had a clever premise jumping off a Vietnam War-era set-up in 1973, it was all over the map with its storytelling logic, filled with bone-headed choices by its characters despite charismatic efforts by a solid cast. KING OF THE MONSTERS brought the nostalgia of monster-faves Mothra, Rodan, and King Ghidora to the proceedings and had epic scenes of color and compositional splendor, at times like a beautiful painting — but the frustrating narrative was even sillier than SKULL ISLAND, the human drama even more ridiculous, and the CG kaiju-battle set pieces were confusingly choreographed, earning zero emotional investment.

Without spoiling too much of the plot, GODZILLA VS. KONG channels a fun, throwback concept of a hidden, Titan-filled world beneath our own, which could essentially be a whole separate movie itself. It brought a smile to my face as I remembered the joy of alternate-world discovery and exploration in films I watched as a kid such as AT THE EARTH’S CORE and THE LAST DINOSAUR. I would love to see another MonsterVerse film take place only there, with our heroes stranded within a world of undiscovered Titans.

Above ground, the film gives a justifiable reason for Godzilla’s turn-of-character (compared to his heroic nature in the last two films; although any true Godzilla fan is used to seeing him as a fickle creature), and it’s a good excuse to root for Kong as the angry beasts go at it to determine who should be the Apex Titan (full disclosure: I’ve always been, and always shall be, #TeamGodzilla).

The GODZILLA VS. KONG storyline also adds an interesting, new intelligence to the now-magically much larger Kong (reminiscent of Koko the gorilla, using sign language!) along with a tribal mythology to his species, which allows the furry character to be even more evolved — even if the primitive tech and design of his ancestors appears to be a bit too advanced for a race of giant apes.

The film has a few smirk-inducing DIE HARD and LETHAL WEAPON-ish moments if you look closely during the mega-brawls, and the battle-scene choreography and camerawork is more coherent than the last two films, despite the CG overload. The addition of a bonus foe should add yet another throwback smile for fans of the 60-plus year GODZILLA franchise.

THE FLICK FLACK: Like the last few MonsterVerse films, I found myself giving up on the human beings pretty early in the running time and twiddling my thumbs waiting for the kaiju clash to commence. Every time the “plot” would take center stage, I was tempted to reach for my phone/social-media distraction. And truth be told, I’ve always connected to the more brutish nature of Kong and never needed to empathize with him on an intellectual level, despite the novel creativity of a much smarter ape this time around. On top of that, I still have a tough time enjoying a CGI smackdown that lacks the tactile nature of actual, physical things captured on film. While I understand the epoch of men in suits crushing miniatures has come and gone, I’ve seen more realistic CG in Japanese productions ranging from 2007’s BIG MAN JAPAN to 2016’s SHIN GODZILLA, which proved that there’s a way to make Godzilla look real against an urban backdrop using a superior approach to motion-capture/CG.

Don’t get me wrong — GODZILLA VS. KONG looks wonderful; every frame has clear attention to detail and color, courtesy of an army of visual artists. But at this point, it’s simply a predilection in filmmaking style to declare whether or not you connect with CG effects or not, and I immediately disconnect with the emotion of a film if it looks like everything has been painted with pixels rather than filmed for real on celluloid, digital or not. Unless it’s a well-written tale with characters and situations that I truly care about — then they’ve got my emotional investment.

NOTABLE NOTES: The director of GODZILLA VS. KONG, Adam Wingard, is notable for his efforts in a more intimate horror-thriller space with 2011’s YOU’RE NEXT, 2014’s THE GUEST, and 2017’s DEATH NOTE. When it came to going big with GODZILLA VS. KONG, he told The Hollywood Reporter, “I always saw Kong in this film as an ‘80s action hero or an early ‘90s Shane Black action hero. I’m a big fan of that style of action where the action hero is this guy who’s down on his luck.”

Then, check out more reviews and more of my celebrity and filmmaker interviews HERE.

My Spooky Town mantel is officially up for the #Halloween season. 👻🎃💀
My autumn happy drink. 🍁
What is this for? Wrong answers only.
Vintage #ViewMaster assortment…
#Halloween is coming. All are welcome…
I’ve always gotten a kick out of Vader’s Force #coffee grab in the original Marvel #StarWars adaptation.