One of the nice little perks of the modern age is how fans of your magazine can manipulate images on a whim with Photoshop and share them around the Internet for everyone’s amusement.

When I released Famous Monsters #284 with a painting of BATMAN V SUPERMAN: DAWN OF JUSTICE by talented artist Simon Thorpe on the cover (trumpeting my interview with director Zack Snyder), a devoted Bat fan took it upon himself to depict the Caped Crusader reading about himself in the latest issue of FM in the Batcave. I loved it. 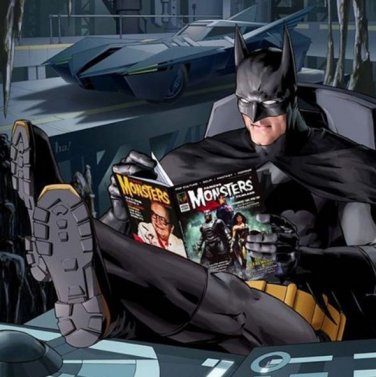 Another issue, Famous Monsters #285, celebrated the 35th anniversary of CLASH OF THE TITANS with an exclusive Harry Hamlin interview about the trials and triumphs of making that classic 1981 film, and about the nuances of working with stop-motion master Ray Harryhausen. I commissioned legendary genre artist Sanjulian to paint Ray’s stunning take on Medusa for the cover, which got the attention of the Ray and Diana Harryhausen Foundation. Soon enough, a dedicated fan swooped in and swapped out the head of Medusa in a still from TITANS with a copy of that issue. Clever, I must admit. And I enjoyed a hearty laugh over it. 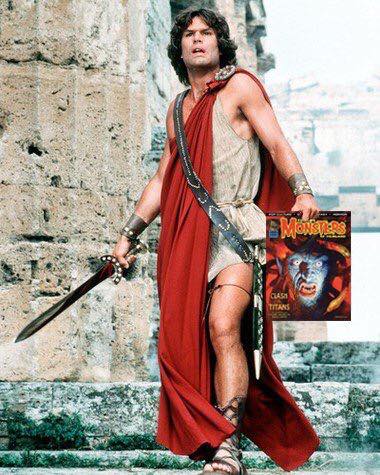 Are there any more creative Photoshop FM subversions out there making the rounds? Maybe so. Hope you enjoyed these two fun, interactive takes as much as I did!

New acquisition for the vintage tie-in book collection!
Vermithrax, the best dragon ever.
#Halloween is coming…
The man, the myth, the legend…
First good look at the new #Batmobile by way of #HotWheels.
Those who know, know.