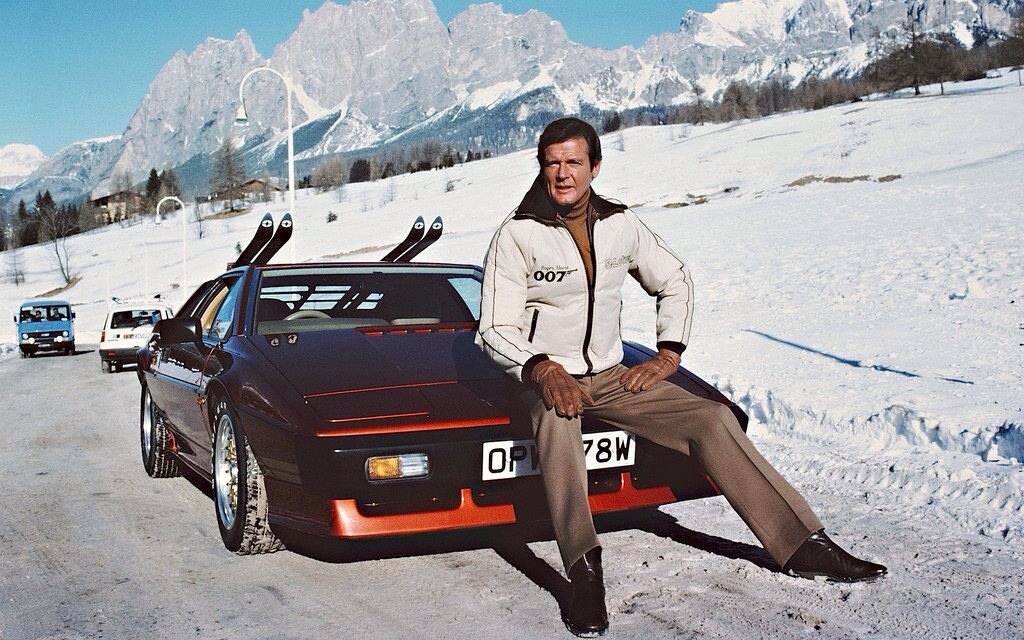 Sir Roger Moore has passed away, and his death is a gut punch to my childhood.

Forty years ago, in the summer of ’77, my father took me to see THE SPY WHO LOVED ME. Although I already knew a little bit about James Bond from watching snippets on TV with Moore and Sean Connery, it was the first time I had seen a Bond movie on the big screen. Nothing quite prepared me. It rocked my world. I was an immediate convert. I got it. I’ve said this before, but it bears repeating: After watching THE SPY WHO LOVED ME, I asked my dad if he loved the movie as much as I did. He told me he had fun, but Roger Moore wasn’t his Bond. “My James Bond will always be Sean Connery,” he declared. It was that day that I began to understand the most important ingredient to the enduring nature of the ever-expanding 007 franchise: There’s a James Bond actor for every generation. And the one that you see first on the big screen is the one that means the most to you. 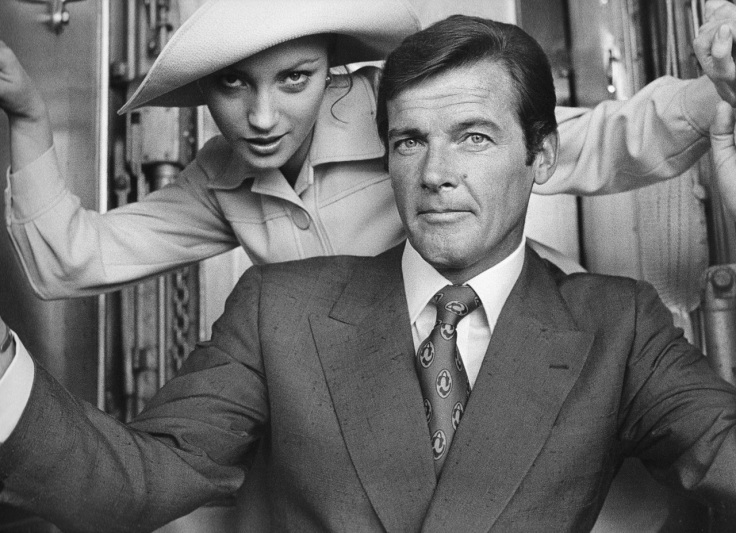 In 1977, Moore embodied the perfect James Bond for me: Intelligent, physically capable, emotionless when required and heartfelt when it mattered, always ready with a quick-draw quip, and suave as suave could be in any well-tailored tux or tie. I wanted his gear, his gadgets, his girls, and his guns. And he made it all look so, so effortless.

After seeing THE SPY WHO LOVED ME, I dove into the world of 007 and consumed as much as I could, from the Ian Fleming novels to the movies and merchandise. I saw Moore try on Bond for the first time in his first entry, 1973’s LIVE AND LET DIE (in which, for many, he had to shake his Simon Templar persona from TV’s THE SAINT, if not THE PERSUADERS role with Tony Curtis), and I have to admit I’m impressed that he survived his debut as Bond, seeing as the film was awkwardly trying to capitalize on the Blaxploitation wave of early ’70s cinema. He does a great job in that film — which has some bravura moments, clever fish-out-of-water interactions, and amazing action sequences — but the overall material sure makes it difficult for him to look comfortable.

By his second outing in THE MAN WITH THE GOLDEN GUN, which came out only a year and a half later, Moore seemed much more at home with the role. The material seemed more properly customized to his personality, and the story was more in line with the Bond formula as it did not try to emulate another popular genre. 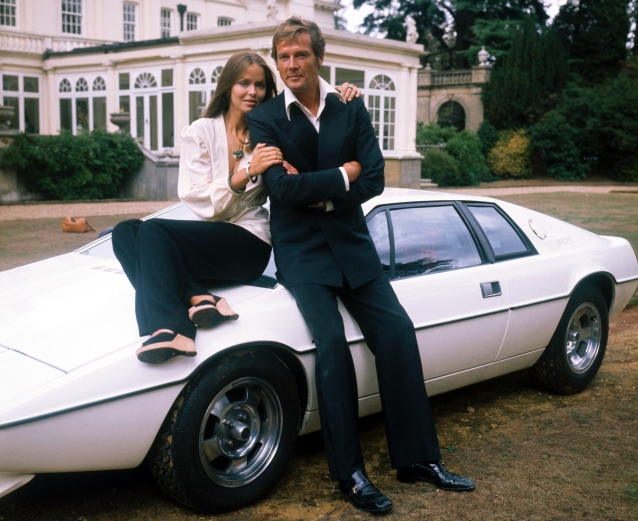 Without diving into the pros and cons of every Roger Moore Bond film, I’ll just state that my favorite remains THE SPY WHO LOVED ME, I love FOR YOUR EYES ONLY and OCTOPUSSY, I’ll defend the virtues of MOONRAKER ’til the day I die, and I still think that A VIEW TO A KILL is unfortunately among the worst films of the franchise. Much as I loved Moore as Bond, he was getting too old for the role by the time he filmed his seventh and final outing. A VIEW TO A KILL felt like a Bond movie on autopilot with obvious stunt doubles and a love-interest subplot that felt more like May-December romance than genuine attraction. The franchise was equally tired-looking, and Moore retired from the role at the age of 58. OCTOPUSSY should have been his swan song in my opinion, but I’m still grateful that Moore’s performance in A VIEW TO A KILL is fun and not phoned in. He never phoned it in.

Again, he made it all look so effortless. I always admired how Moore seemed so natural stepping into the role of James Bond from the beginning given the larger context. The shadow of Sean Connery’s established 007 was massive, and one actor — George Lazenby — had already endured tremendous critical flak for taking it on. Moore, however, seemed unfazed by expectations and slipped very comfortably into the role by crafting his own version of the character — minus the Aston Martin and the Scottish accent.

Of his own trepidations, Moore wrote, “I knew I’d face comparisons and wondered if I’d even be accepted by audiences. However, I consoled myself by thinking about the hundreds of actors who have all played Hamlet. Besides, if it didn’t work out I could always go back to modeling sweaters and gorging myself on Flemingesque lunches in Venice, while letting my hair grow down my back.” 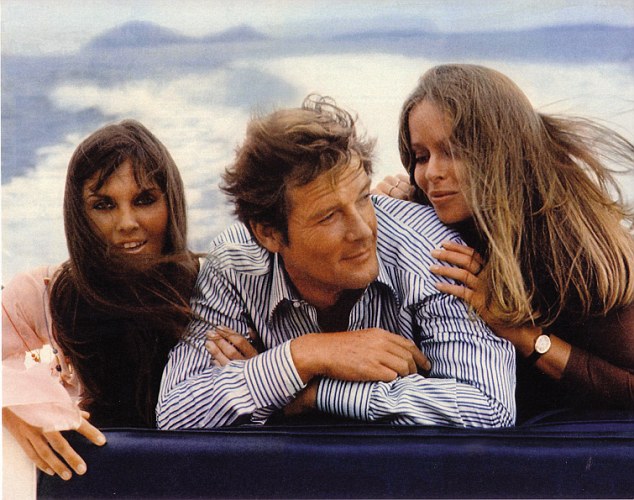 Offscreen, there was no jealousy, only camaraderie. Moore and Connery were good friends and were happy to be photographed together showing great affection for one another. Lesser personalities would be intimidated by Connery and his reputation, but Moore was so affable that he endeared to all.

Moore was happy to reflect on his Bond experiences in print, and I highly recommend reading both MY WORD IS MY BOND and BOND ON BOND to get his personal perspective on making the 007 films, as well as on his stepping-stone career roles and on his formative years. The one big takeaway from his viewpoint is that making a Bond flick is all about loyalty and family. There’s a tremendous amount of loyalty where the Bond producers are concerned, from hiring the same crew members over and over to making sure no one went hungry — literally — when problems on the set arose. 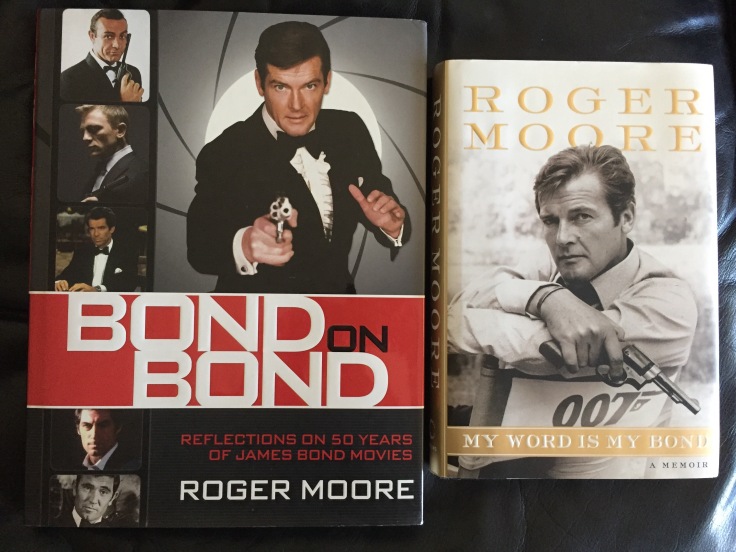 An oft-told tale in Bond production lore is the day that legendary 007 producer Cubby Broccoli cooked dinner for the entire crew. While shooting THE SPY WHO LOVED ME in Egypt, the food got spoiled and everyone was getting mighty hungry. Broccoli scrambled around Cairo looking for fresh food, eventually finding enough pasta and cans of tomato sauce to make a big pot of Spaghetti Bolognese. There’s some fun footage in the SPY WHO LOVED ME special features that show Moore in his tux serving sauce to the crew alongside Broccoli. The images say it all about how much everyone cared and was cared for in the EON Productions fold. Moore said of Broccoli, “There were no pretentions or nasty sides to Cubby. Sure, he could be tough in business, but his heart was a big one and his loyalty unswerving.”

During my ENTERTAINMENT TONIGHT days, I quite enjoyed doing a “vault assault” on the show’s extensive Bond b-roll that mostly never made it to air. I assembled a special piece called 007 FLASHBACK: BOND STARS REFLECT ON ICONIC ROLE for the franchise’s 50th anniversary. Every Bond actor is represented in the piece — Moore, Connery, Lazenby, Timothy Dalton, Pierce Brosnan, and Daniel Craig — talking about the enduring nature of Fleming’s iconic spy, as well as the trappings of playing him. I love that when Moore was asked by ET in his later years, post-Bond retirement, if he’d like to give the 007 role another go, he chuckled and responded, “I think those days are long gone by. They’ve run out of stuntmen who are old enough to look as though they could be knocked down by me.” Watch the video here:

Moore was not only a great Bond but a humble family man, a generous philanthropist, and a passionate ambassador for UNICEF. Reflecting on his opportunity to play 007, he once wrote simply that he was “just grateful for a job.” A class act all the way.

You will be missed, Sir Roger Moore.

For more cool James Bond stuff on IT CAME FROM… check out the amazing Art of International James Bond Posters, as well as colorful YOU ONLY LIVE TWICE lobby cards.

Writing and maintaining IT CAME FROM… is a true labor of love. Please consider showing your appreciation and help “keep the lights on” by donating a couple bucks with BUY ME A COFFEE. It’s quick and easy! Thanks for your consideration…

5 thoughts on “Nobody Does It Better: Remembering Roger Moore”