James Bond is missing in action. The Ian Fleming character’s last big-screen entry, SPECTRE with Daniel Craig as 007, debuted in theaters in the fall of 2015. I had hoped that we’d get a follow-up this season, especially with the re-introduction of Blofeld (nicely embodied by Christoph Waltz) into the mix, but it seems that Craig is more interested in an extended break from the franchise. I hope he returns refreshed…

One element of the Bond experience that I love is the camaraderie of the six actors who have portrayed Ian Fleming’s master spy on the big screen (not counting the CASINO ROYALE spoof with David Niven, Peter Sellers, and Woody Allen, or the ’50s TV episode of CLIMAX! starring Barry Nelson as “Jimmy Bond”). Being Bond remains an elite club, and many of the stars who have played 007 have had no problem picking favorites or at the very least showing their support for the newest member of the club.

Back on Global James Bond Day in 2012, which marked the golden anniversary of the 007 franchise 50 years after the release of DR. NO, I plundered the invaluable ENTERTAINMENT TONIGHT video vault to compile interview footage of all six 007 actors (Sean Connery, George Lazenby, Roger Moore, Timothy Dalton, Pierce Brosnan, and Daniel Craig) discussing the responsibilities and enduring nature of one of cinema’s most iconic roles. They also showed their appreciation for others inhabiting the timeless tuxedo of Fleming’s creation. 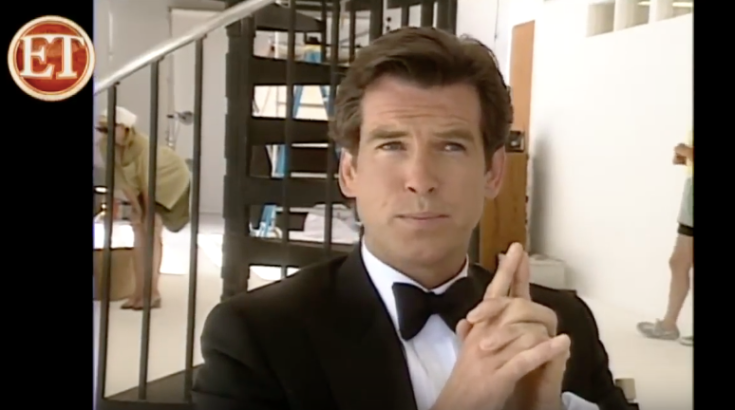 “For me, Sean [Connery] was the guy, and for a lot of people Sean was the main man; I mean, he was Bond,” Brosnan told ET of his favorite 007 during an Esquire magazine photo shoot for his own first outing, GOLDENEYE. “But then there’s a whole generation that came afterwards; Roger Moore did it, and Roger did an incredible job. He made seven films and made it his own.” Asked about his own pending contribution to the series, the Irish actor replied, “When the movie comes out, comparisons will be made. But nobody has seen Brosnan as Bond yet. … Ask me then.”

When asked, a game Connery cast his vote in favor of Brosnan taking over the franchise from the retired Timothy Dalton, telling ET, “He’s very good casting, Pierce,” adding, “I just hope that he’s got a very good and original script, sort of witty, and it has to be surprising.”

Moore was also in favor of Brosnan, but before Brosnan was cast in GOLDENEYE, Moore also threw his support behind Sam Neill, who was a top candidate to play Bond thanks to his memorable turn in 1983’s REILLY, ACE OF SPIES miniseries. Asked if he’d be willing to step in again to play Bond, Moore quipped, “I think those days are long gone by. They’ve run out of stuntmen who are old enough to look as though they could be knocked down by me.” 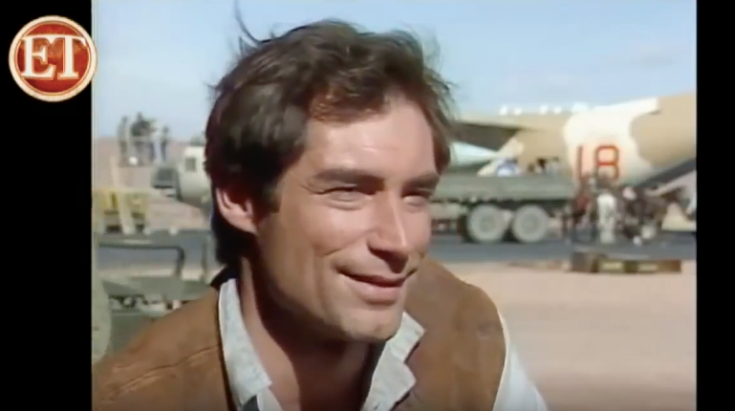 Jumping back a few years to the 1987 set of THE LIVING DAYLIGHTS, a humble Dalton told ET, “I would never have dreamed of taking over from Connery, because he was so good. Now, being the fourth [Bond], these movies, they’re like populist cinema classics, you know? Other actors could go on again and again and again taking over.”

Interestingly enough, one-time Bond Lazenby told ET that he wanted to have another chance at the role once Moore retired and it was up for grabs. The star of ON HER MAJESTY’S SECRET SERVICE explained, “I would’ve had another go then and I would’ve been a much better Bond with the experience I have now as an actor and what I know. I could’ve given a much deeper portrayal of the guy, and more fun.”

And jumping to current 007 Daniel Craig, during the CASINO ROYALE shoot ET host Mary Hart asked him to name his favorite Bond, but he quickly deflected with a laugh, “It’s too much of a loaded question. I can’t answer that.” In explaining how he intended to fill such large shoes, he declared earnestly, “My job is not to repeat what somebody else has done. But believe me, I love Bond; we all grew up with it, and it’s very precious to me, so I’m trying to look after it, and I’m trying to take it somewhere else, so that with or without me, it lasts another how many years — so that’s the deal here.”

When I was not writing about Kardashians, celebrity arrests, or award shows, I really got to have a blast with my job at ET. Watch the 007 video I assembled below:

Then, read more cool James Bond pieces on IT CAME FROM… including fond memories of the late Roger Moore, The Art of International 007 Posters, and a fun set of YOU ONLY LIVE TWICE lobby cards.