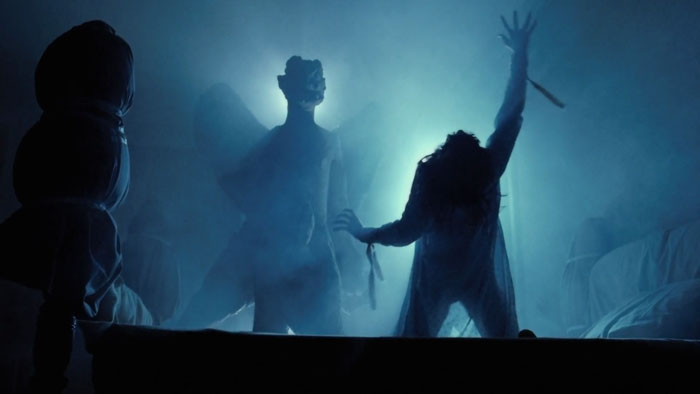 As the autumn leaves turn to a crisp, crunchy brown and the wind chill kicks up to swirl those leaves in mesmerizing circles, my mind turns to Mike Oldfield’s haunting score for THE EXORCIST from his enduring TUBULAR BELLS album. October is always a non-stop spooky movie marathon month for me, and William Friedkin’s THE EXORCIST sits atop a demonic pedestal as a staple viewing requirement. 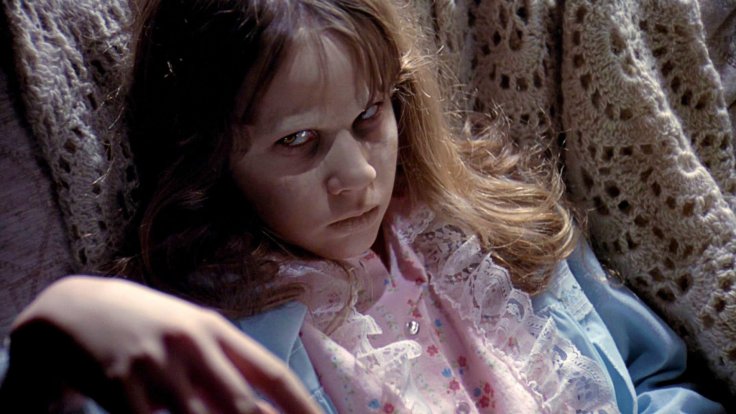 Linda Blair as Regan in THE EXORCIST

That annual viewing requirement is a rite of passage for me, as THE EXORCIST ranks as pretty much the scariest movie I’ve ever seen. Ever since I first watched it on TV as a kid, peeking through the holes in my grandmother’s knitted Afghan blanket (thrown over my head whenever the possessed Regan would appear), I’ve felt the need to return to it. Again and again. To gradually wear it down. To fight it. To desensitize myself to it. To make it not real. 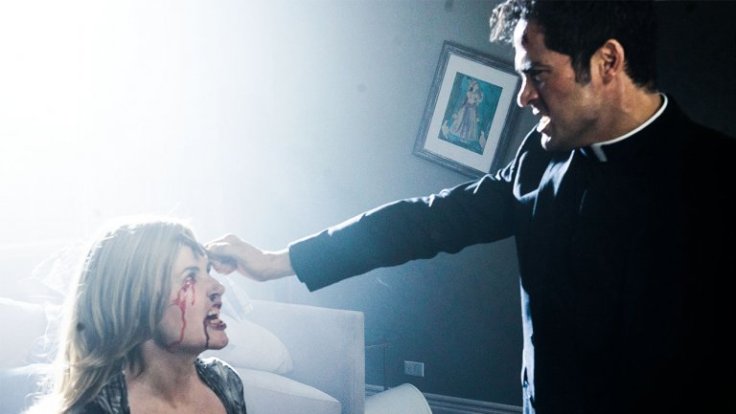 Geena Davis as the adult Regan in FOX’s THE EXORCIST

This fall I’m also watching the second season of FOX TV’s loose adaptation of THE EXORCIST, which has kept my interest despite some questionable storyline avenues. The return of the demon Pazuzu and the fact that Geena Davis’ character turned out to be an adult Regan who had hidden her identity made the first season worthwhile, and I’m interested to see where the storyline will go next.

And when I have the time, I dive into a few chapters of the late William Peter Blatty’s original novel, which is always a surefire way to make my neck hairs stand on end during a late-night read. Those who know me, read my posts, or flip through the “FM Picks” sections of my Famous Monsters of Filmland magazine run as executive editor know that I’m a huge fan of Folio Society and their handsome illustrated editions of classic novels. This season, they’ve released a brand-new, cloth-bound version of Blatty’s THE EXORCIST featuring 13 haunting new photographic illustrations by horror and fantasy artist Jeremy Caniglia, who has created book covers for the likes of Stephen King, Ray Bradbury, Peter Straub and Michael Moorcock.

Blatty’s 40th anniversary edition from Folio is the author’s updated draft that includes a brand-new character in a fresh, six-page scene that “many readers will find the most hauntingly chilling in the book,” he wrote in 2011, along with “touches of new dialogue as well as changes to make the ending more obvious.” It’s worth another dance if you read the original book years ago and never consumed Blatty’s updated 40th-anniversary pass before he himself passed away in January at 89 years old. 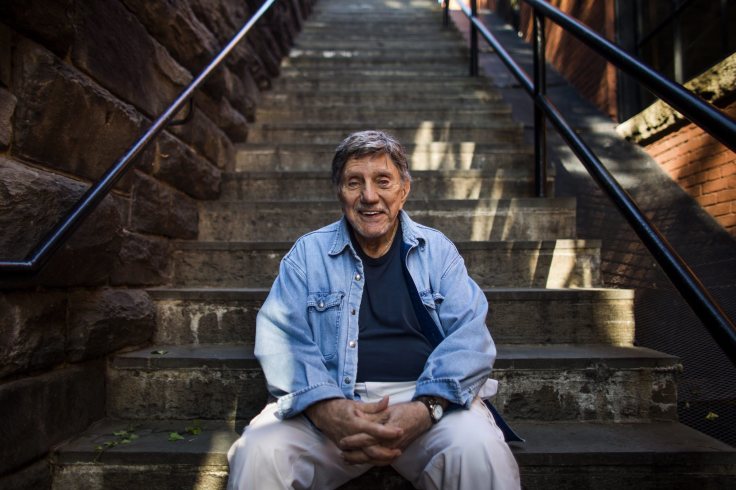 As for the movie phenomenon we all know and love, Friedkin’s frightening and controversial 1973 film remains the horror standard that all other possession films are compared to. For those unfamiliar with the story, Linda Blair plays young Regan McNeil, the daughter of an actress (Ellen Burstyn) in Washington D.C. whose strange behavior soon reveals itself to be a full-fledged demonic possession. Father Karris (Jason Miller) and Father Merrin (Max von Sydow) are recruited to perform an exorcism on the girl, resulting in a lot of foul language, a lot of mind games, a lot of levitations, and a lot of pea-soup puke.

“I know that the actual case that Blatty based his novel on was real,” Friedkin told me when I last interviewed him. “The 1949 case in Silver Spring, MD, where the exorcism was done at Alexian Brothers Hospital in St. Louis, all of those events happened. I read the diaries of the doctors and nurses who were involved, and the patients who were in other rooms when this was going on, and the priests. I know that something happened there that was beyond the understanding of psychiatry or internal medicine, so I made that film accordingly. … It was a boy, not a 13-year-old girl [like in the movie]. I know a great deal about this 14-year-old boy — I know his name, I know where he is now. I’ve never revealed it. The church keeps very close tabs on him to this day, and as far as any of us know, he has no recollection of what happened to him when he was 14. … I spoke to the relatives of the boy, especially to his aunt, and they gave me some details that weren’t in Blatty’s novel, which I put in the film.”

Director William Friedkin with Linda Blair on the EXORCIST set

So, give the Folio Society’s cool new edition of THE EXORCIST a read, or pop in the movie this month to feed your demonic possession cravings. The extended director’s cut of THE EXORCIST that came out in 2000 and restored that spooky “spider-walk” scene is the version to watch in my opinion. 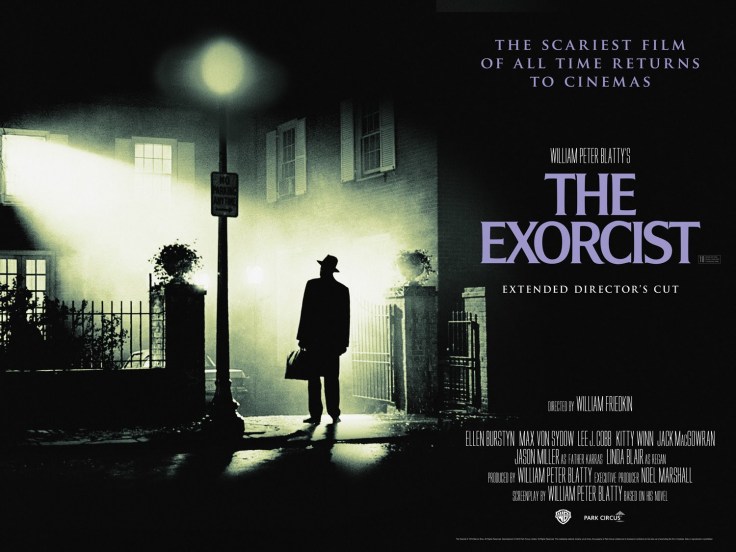 The 40th anniversary EXORCIST Blu-ray (which contains both the theatrical and extended director’s cut of the film) also contains lots of great supplemental material, including the featurettes “Beyond Comprehension: William Peter Blatty’s The Exorcist,” in which Blatty reads excerpts from his novel and reminisces about the remote-cabin atmosphere in which he wrote the scary tale, and “Talk of the Devil,” in which a Jesuit professor talks about former student Blatty’s unlikely success with EXORCIST and his thoughts on the real deal.

Linda Blair meets her dummy double on the EXORCIST set

Do you believe demonic possession is real? Share your thoughts with me!

One thought on “Time to Revisit ‘The Exorcist’”