William Friedkin earned a Best Director Oscar for his riveting 1971 film THE FRENCH CONNECTION and earned another nomination for changing the face of horror with THE EXORCIST. His storied career has had its share of stratospheric hits and spectacular misfires. Still, his body of work remains stunning and his opinions always shoot from the hip.

I spoke with the legendary director when I was with ENTERTAINMENT TONIGHT to pick his brain about the secrets behind some of his greatest cinematic masterpieces, (including one of my all-time favorites, SORCERER), plus his thoughts on Hollywood remakes/sequels, MPAA ratings — and what frightens the man who helmed one of the scariest films ever made.

THE EXORCIST AND THE REAL-LIFE CASE THAT INSPIRED IT:

“I know that the actual case that [EXORCIST author William Peter Blatty] based his novel on was real. The 1949 case in Silver Spring, MD, where the exorcism was done at Alexian Brothers Hospital in St. Louis, all of those events happened. I read the diaries of the doctors and nurses who were involved, and the patients who were in other rooms when this was going on, and the priests. I know that something happened there that was beyond the understanding of psychiatry or internal medicine, so I made that film accordingly. … It was a boy, not a 13-year-old girl [like in the movie]. I know a great deal about this 14-year-old boy — I know his name, I know where he is now. I’ve never revealed it. The church keeps very close tabs on him to this day, and as far as any of us know, he has no recollection of what happened to him when he was 14. … I spoke to the relatives of the boy, especially to his aunt, and they gave me some details that weren’t in Blatty’s novel, which I put in the film.” 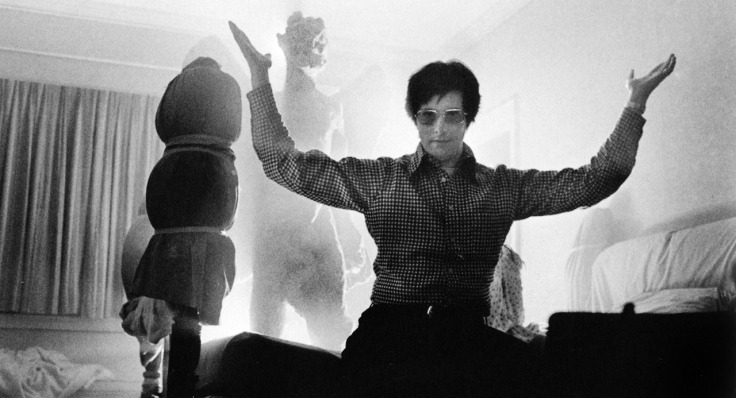 “[I’ve been asked often about doing an EXORCIST sequel] and I won’t. … I’ve said everything that could be said about demonic possession and exorcism. I have not even seen any of the sequels, not even Blatty’s [EXORCIST III]. I would not do a prequel or a sequel, absolutely not, under no circumstances and for no amount of money. But if I could find something new to say about demonic possession, I would do a film about that.”

Subsequent to our interview, Friedkin did end up returning to the source material for a documentary that observes a real-life exorcism called THE DEVIL AND FATHER AMORTH. It’s a compelling companion coda to THE EXORCIST 45 years later.

WHAT SCARES THE MAN THAT MADE ‘THE EXORCIST’:

“Once I did a documentary about El Cordobes, the Bullfighter … I asked him that question. I asked him if he was afraid of death, because when you go in the bull ring you’re constantly facing death, and he said, ‘No, I’m not afraid of death. Only life scares me.’ One of the things that scares me is losing my own self-control. Most of the things that frighten me are sort of self-generated, or the sort of thing that [happens in mass shootings] to happen to one of my loved ones. Not the unexplained, but the unexpected.”

“There are a handful of movies that still scare me. The shower scene and a couple of the other scenes in PSYCHO, the first ALIEN I thought was terrifying, DIABOLIQUE, a Japanese film called YOJIMBO, ROSEMARY’S BABY I thought was frightening because it made it so real and possible. These I find really are terrifying examples in cinema.” 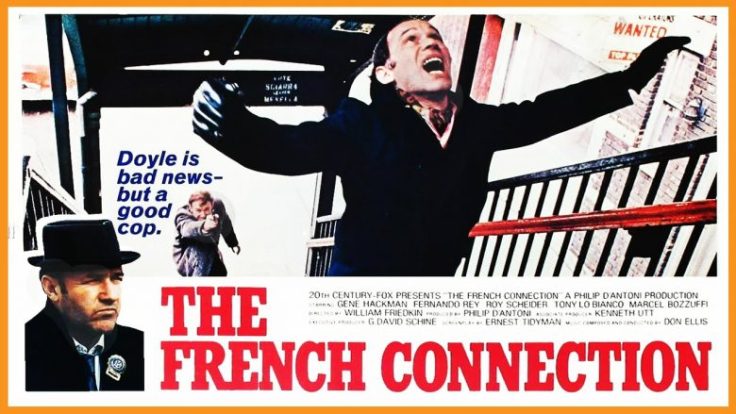 ON STEALING SHOTS ‘THE FRENCH CONNECTION’:

“We were able to steal everything, including the traffic jam I created on the Brooklyn Bridge. But I had all these off-duty cops with me, including the two cops who made the French Connection case, Eddie Egan and Sonny Gross. And they were around with a lot of their friends, and I used them in scenes, all these off-duty cops, and they were around with their badges in case there were unsuspecting cops – and there were — who tried to flag us down or stop us.” 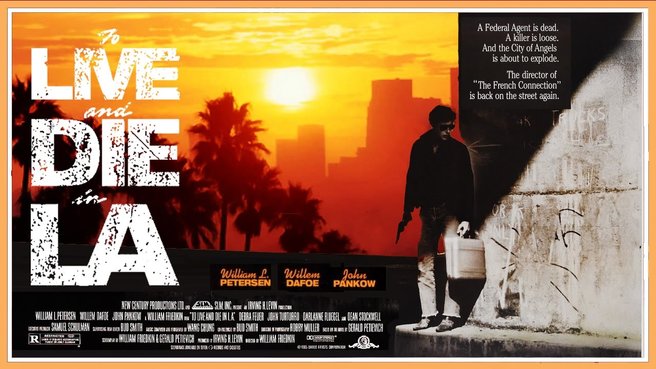 “Unlike THE FRENCH CONNECTION, when I did TO LIVE AND DIE IN L.A. I got permission for everything, including shutting down the Vincent Thomas Bridge for a few hours on weekends only, from like six in the morning to 10 or 11. So that shot over several days because we had to avoid rush hours.” 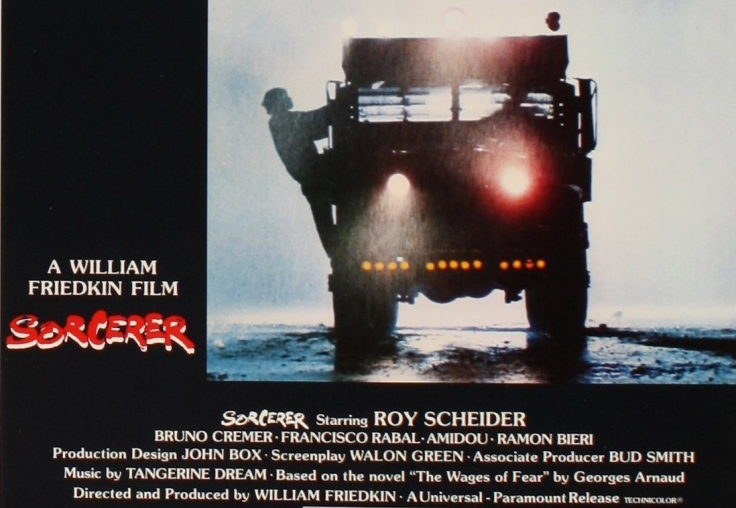 THE DRIVE TO MAKE ‘SORCERER’ HIS OWN:

“I was obsessed with [the movie] and driven to make it. I didn’t do it as a remake of WAGES OF FEAR, I did it as a new version. … Any time someone does a production of HAMLET it’s not a remake, it’s a new interpretation with different actors. … So I thought that WAGES OF FEAR could be reinterpreted for a modern audience because it dealt with certain truths. These characters were four strangers marooned in a desperate situation, hiding out from retribution, who had to either cooperate or die — and that seems to be the world’s condition today. … If we don’t all cooperate — like if the countries in the Middle East don’t make peace with Israel — they’ll all be destroyed. It’s mutually assured destruction. And that’s what SORCERER and WAGES OF FEAR are about.” 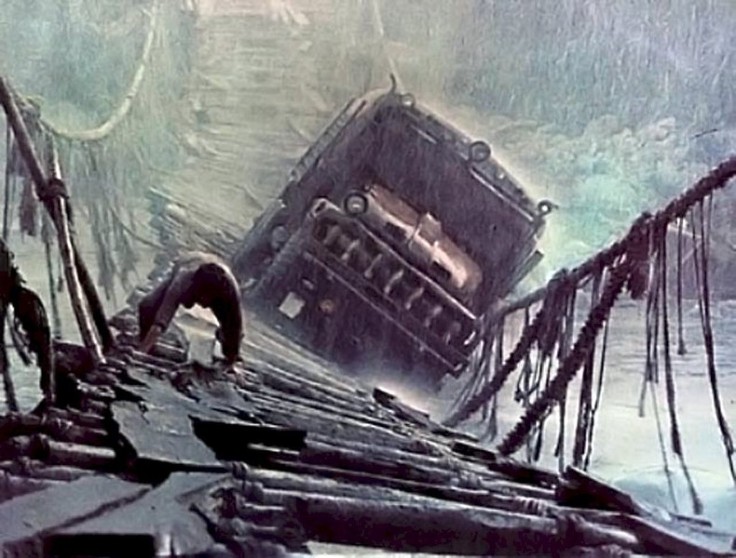 “[If SORCERER was remade] it would be done all CGI. I had a great production designer named John Box who worked for [director] David Lean. … We came up together with a way of engineering that bridge so that it was safe, that it looked lethal, but was actually very safely constructed so there were no accidents — knock wood. But any time you attempt something like that there’s always the unexpected.”

ON REMAKES, SEQUELS, AND HOLLYWOOD’S PAUCITY OF IDEAS:

“A lot of my films have been ripped off without even accreditation. One of the LETHAL WEAPON films just took the chase from TO LIVE AND DIE IN L.A. and recreated it with some of the same people. You know, I don’t have any problem with that, especially if it’s well done, because I know that films beget other films. I started out learning from other films. I never went to film school. I certainly borrowed ideas from them. I mean, I didn’t steal from them, but I was influenced by them, or they pushed certain buttons. I never made a film like any of the films that inspired me. … On the other hand, I think that there is a paucity of ideas today, and so [Hollywood goes] back to what worked before, and generally they’re right — it works again because audiences love what’s familiar. They’re much less tolerant of something new. They’ll give a lot more space to something that’s familiar [compared] to something that challenges their expectations. … It is what it is, and there’s no reason to question that or to fight that. Audiences get the films they want, and they go to them in vast, vast numbers, and in the old competition between fantasy and reality, fantasy wins hands down, because people do want to be entertained and not challenged.”

PROS AND CONS OF THE MPAA RATINGS SYSTEM:

“I do not target KILLER JOE and other film’s I’ve made to young people, young teenagers, even. They shouldn’t come and see it. But that’s up to the parents. I mean, J.J. Abrams told me that his father took him to see  THE EXORCIST when he was eight. And I asked it if it ruined his life and he said, ‘Well, obviously not.’ So some people are ready and some aren’t, but what the Ratings Board has failed to do, which I think should be their primary mission, is to separate adult content from out-and-out filth. … The NC-17 is definitely a Scarlet Letter, there’s no question about it. It’s limiting. Most of the theater chains in the country won’t play an NC-17 film.”

Then, check out more of my ENTERTAINMENT TONIGHT celebrity and filmmaker interviews HERE.