Veteran genre director Renny Harlin has definitely had his share of hits and misses during his long career, from the fan-favorite highs of DIE HARD 2, DEEP BLUE SEA, NIGHTMARE ON ELM STREET 4: THE DREAM MASTER, THE LONG KISS GOODNIGHT, DRIVEN, and CLIFFHANGER to the critical drubbings of CUTTHROAT ISLAND, EXORCIST: THE BEGINNING, THE LEGEND OF HERCULES, and MINDHUNTERS.

I get a visceral, guilty-pleasure enjoyment out of many of Harlin’s films, and I admire his tenacity; he has seen it all, going from A-list Hollywood action director and tabloid magnet (during his high-profile marriage to Geena Davis) to box-office poison and back, only to keep working and reinventing his career domestically and internationally on the big and small screen.

I spoke with Harlin about his career trajectory in 2013 when I was with ENTERTAINMENT TONIGHT and was impressed by his humility and solid work ethic. During our candid conversation, he shared many on- and off-set tales, but one in particular really caught my attention while he was discussing the making of CLIFFHANGER with Sylvester Stallone.

“When [Sly] first arrived in the Italian Alps and came to look at the location for the first time, he looked up at this 11,000-foot peak that was in front of us,” recalled Harlin. “I said, ‘That’s where our set is.’ And he’s like, ‘So who’s going to go up there?’ I said, ‘You are.’ He looks at me and he says, ‘You gotta be kidding. I have a fear of heights. The highest I will ever go is the heels of my cowboy boots.’ And it became my task to trick him into wanting to be higher in the mountains because he thought he would be done with trickery and stunt people.” 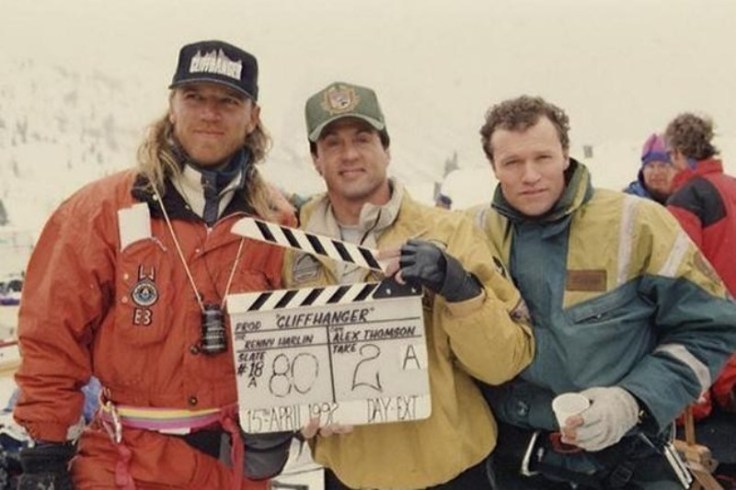 The Finnish filmmaker continued, “I knew his psychology and I put him in a situation where it would have been embarrassing for him to, in front of the crew, refuse to get there. Obviously, I was able to get him there, and then once I got him to relax he was more than willing to do everything — and even more — that I wanted him to do. The highest peak that we worked was 13,000 feet high, and there he was right on the edge, basically doing whatever it took.” 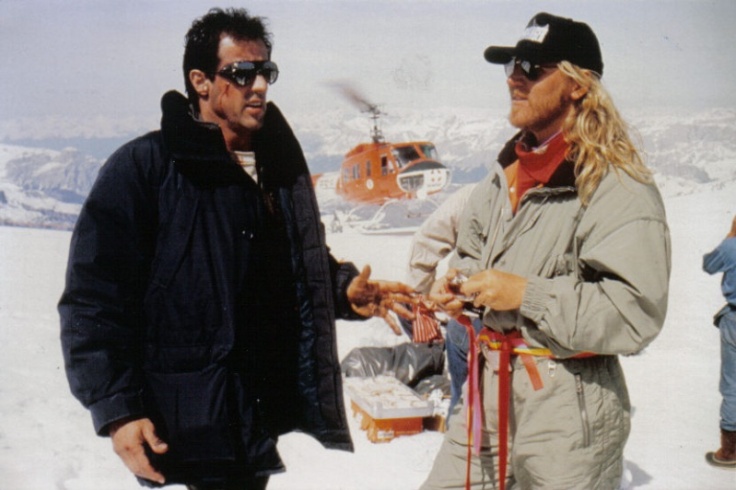 So, how did Harlin coax Stallone into a helicopter in the first place to get airlifted to such lofty locations? “He was okay with a helicopter as long as the door was closed,” quipped the director.

Harlin got his first big break directing the Charlie Band-produced PRISON in 1987, the story of an inmate population tormented by a mysterious and deadly supernatural force.

He said of the shoestring-budget shoot at Wyoming State Penitentiary, “It was very crucial for me, because I had made one film in Finland before that, and this was now, finally after couple years of really serious struggling in Hollywood, my chance to prove that I could actually make an American film. It was a very scary experience, but I learned every day and I just tried to keep the ship on course and do my best every day.”

He confided, “But I was petrified every morning I went to work. I was absolutely petrified. In the end, for the little money we had and the big things we wanted to do, we accomplished quite a bit and I was proud of the film. Did I ever imagine in my wildest dreams that it would have some kind of an impact, now that people claim that it has a little bit of a cult following? … I would have never imagined it.”

PRISON never saw a proper theatrical release due to the production company’s bankruptcy issues, which Harlin considered “a huge blow to me,” but he said, “It taught me a hell of a lot about filmmaking in America,” and it gave him a chance “to create another calling card … and ultimately was the reason that I was hired to direct A NIGHTMARE ON ELM STREET 4.” 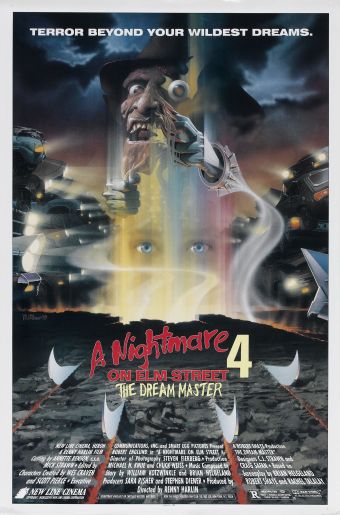 After Harlin hit NIGHTMARE out of the park and landed the high-profile DIE HARD 2 directing gig, he quickly vaulted to A-list status. But in Hollywood, you’re only as good as your last picture, and when the mega-budgeted, much-talked-about pirate epic CUTTHROAT ISLAND bombed at the box office in 1995, Harlin was knocked off his pedestal.

“Of course, that was a huge disappointment,” he admitted. “But I still had a chance to make some interesting movies after that, and visually they just give you another chance to prove yourself. … In Hollywood, you sort of have to be able to bend and reinvent yourself and seek different paths sometimes to kind of rebound and get back to the top of your game, and I went through such hard times and challenges originally when I broke into the business that anything after that is kind of easy to deal with.” 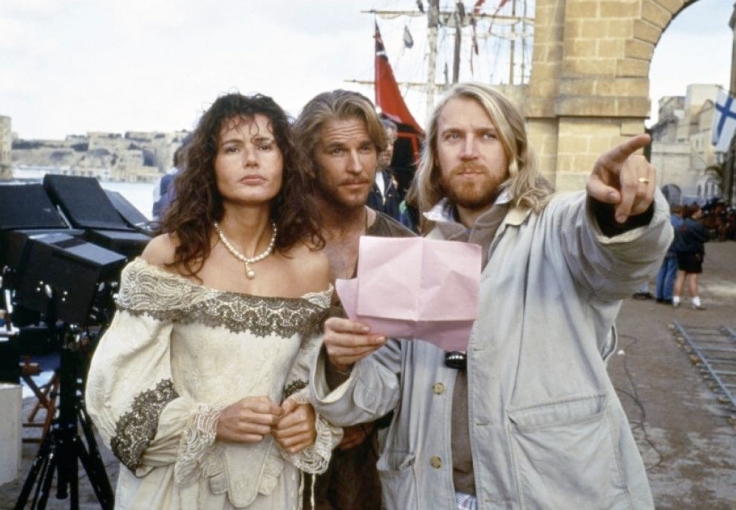 Interestingly enough, Harlin is now finding success making Chinese-produced films and has based his production company in Beijing. SKIPTRACE starring Jackie Chan was a $137 million hit overseas, and he is currently in post-production on LEGEND OF THE ANCIENT SWORD, a fantasy epic in Mandarin with an all-native cast.

My Spooky Town mantel is officially up for the #Halloween season. 👻🎃💀
My autumn happy drink. 🍁
What is this for? Wrong answers only.
Vintage #ViewMaster assortment…
#Halloween is coming. All are welcome…
I’ve always gotten a kick out of Vader’s Force #coffee grab in the original Marvel #StarWars adaptation.