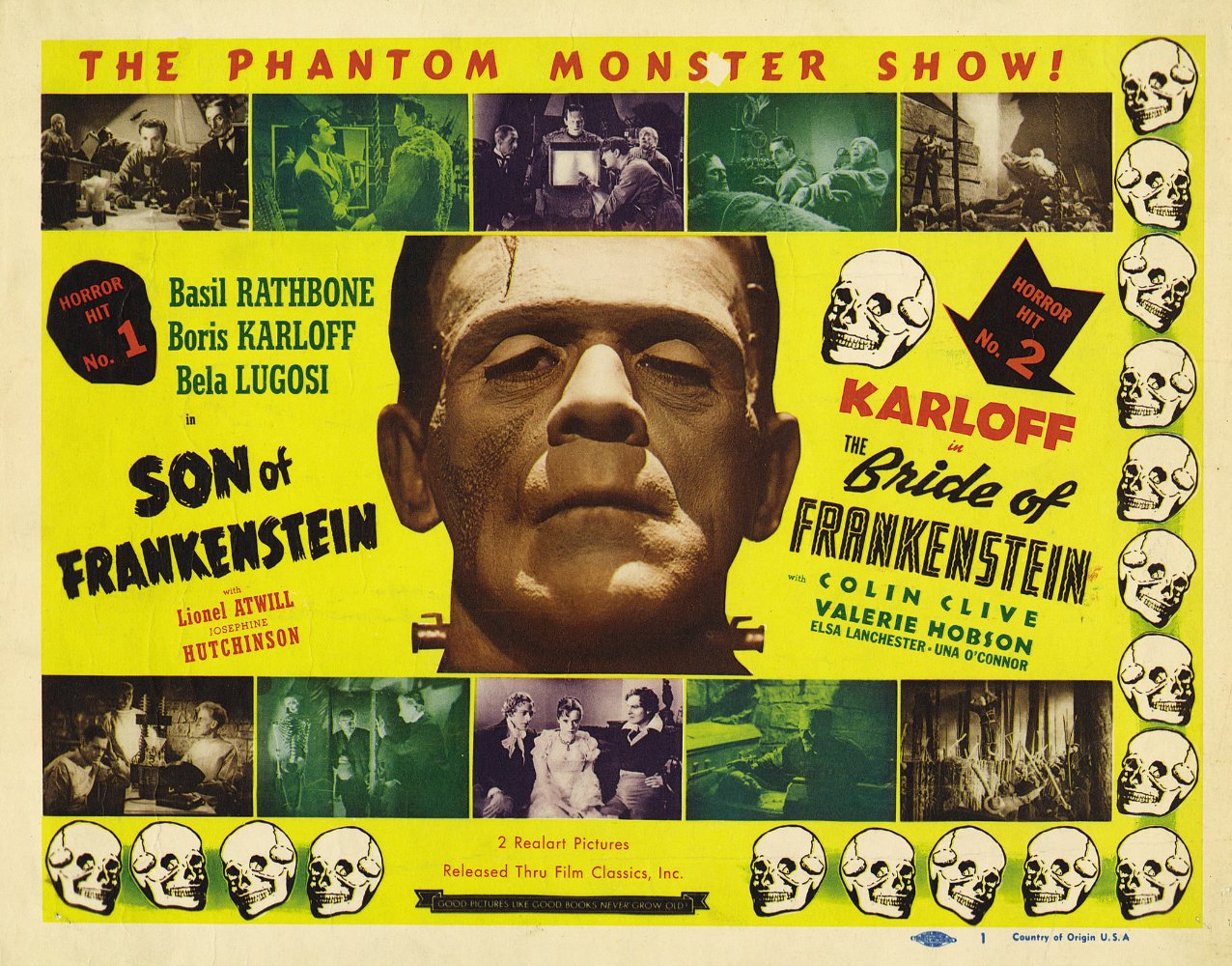 The event promised plenty of thrills and chills: “See… A NEW JUGGERNAUT OF DESTRUCTION LOOSED UPON THE WORLD! Transformed Terror… A Shadowy Hand That Lives… Living Skeletons…”

But wait, that wasn’t all: “See… Frankenstein’s Challenge to His Maker! A Synthetic Woman Brought to Life! A Mate For the Monster! The End of Love … and Life!”

Rationalizing a good reason to pony up for a pair of 15-20 year-old films, the promoters added the tagline, “Good pictures like good books never grow old.” By that time, however, I’m sure audiences were clamoring for a fun Universal horror re-release that they could take the kids to. “Horror Hit No. 1” was SON OF FRANKENSTEIN, starring Boris Karloff, Bela Lugosi, Basil Rathbone, Lionel Atwill, and Josephine Hutchinson, originally released in 1939.

I love both films, but BRIDE remains my favorite of the two with its superior sense of humor and its double dose of sympathetic, stitched-up creatures.

The colorized lobby cards that accompanied THE PHANTOM MONSTER SHOW! also give me a thrill. The wobbly skull art lining the borders scream “horror movies!” to Monster Kids, and the crude cut-out heads of Karloff’s Frankenstein’s Monster and Lugosi’s Ygor, balancing each side, make for a folksy double-bill presentation. I’d love to time-travel back to this event for a cool October weekend afternoon matinee.

For more FRANKENSTEIN fun, check out the great Art of Famous Monsters of Filmland magazine.

4 thoughts on “The Phantom Monster Show!”