Netflix has announced that it will release a 10-episode DARK CRYSTAL prequel series later this year, directed by Louis Leterrier (NOW YOU SEE ME, THE INCREDIBLE HULK, the CLASH OF THE TITANS remake, etc.) and written by LOST scribe Javier Grillo-Marxuach along with LIFE IN A YEAR partners Jeffrey Addiss and Will Matthews. THE DARK CRYSTAL: AGE OF RESISTANCE will be produced by The Jim Henson Company with the involvement of the original film’s conceptual designer, Brian Froud. Cool!

Released in December of 1982, THE DARK CRYSTAL was full of wonder, imagination, amazing visuals, and a surprisingly dark vision given the fact that Jim Henson and Frank Oz were pulling the strings, as it were. At times, I found it to be a bit too sense-memory of the duo’s Muppet work — it’s hard to separate the voices and movements from their signature creations — but I have always been impressed by the film’s world-building ambitions and devotion to telling an original tale reminiscent of a Tolkien-style Middle-earth saga. It also makes for a wonderful companion piece to Henson’s LABYRINTH, which arrived in theaters four years later.

On the 30th anniversary of THE DARK CRYSTAL, I dove into the ENTERTAINMENT TONIGHT vault and unearthed a great interview with the pair. Sitting in front of an impressive display of the film’s costumes, props and characters, Henson and Oz were introducing their new project and trying to connect minds to their vision by comparing and differentiating THE DARK CRYSTAL from E.T. THE EXTRATERRESTRIAL, STAR WARS, and, of course, THE MUPPETS. 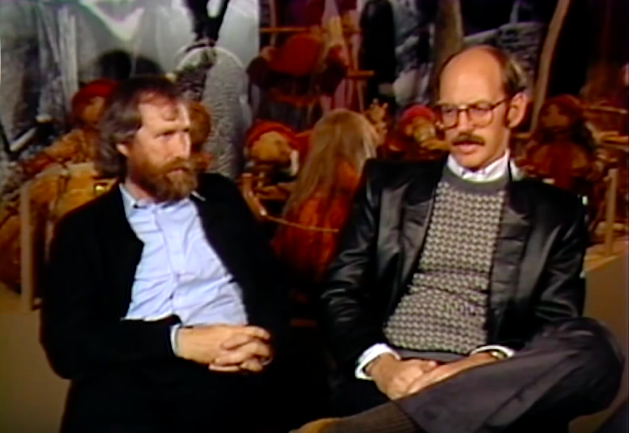 “What we’re trying to do here is a film that’s totally different,” Henson told ET back in ’82. “You can tell just by the look of these things that it’s not related at all to THE MUPPETS, and we don’t want the audience going in expecting to see Kermit and Piggy, because what they’ll get is very, very different.”

“If you describe it in the terms of Yoda or E.T., it is a movie entirely of Yodas and E.T.’s,” said Oz, who was fresh from providing the voice and puppetry of the iconic Jedi master in THE EMPIRE STRIKES BACK. “There’s not one human in it. There’s no animation whatsoever. It’s really that kind of movie with all these creatures.” 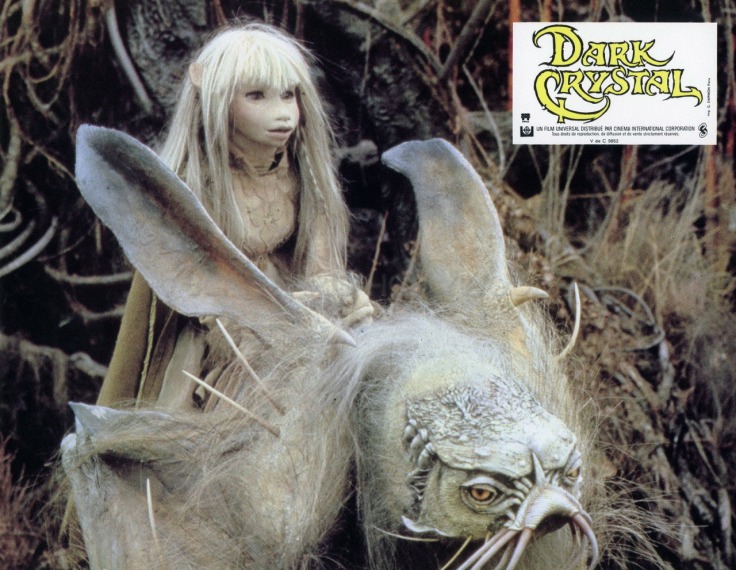 They also were compelled to defend the film prior to its release by deflecting attention from the $20-plus million budget. “If you want to make money, you don’t do a film, because it’s always a gamble,” said Oz. Henson added, “I think all expensive movies have been hurt by talking about the budget.”

Given the context of the Netflix prequel announcement, Henson even back then declared that there would be no sequel to the storyline that they established in their standalone film. “The story itself doesn’t lend itself to a sequel,” said Henson matter-of-factly. “You can tell another story in the same world, but the [DARK CRYSTAL] story itself is complete.”

For years a follow-up film, THE POWER OF THE DARK CRYSTAL, had been in the works at The Jim Henson Company, to be shot in 3D. That never got produced, so it’s great to see that Netflix believes in the DARK CRYSTAL vision and is giving it the opportunity to expand over multiple episodes — 35 years after the original film debuted.

A side note: THE DARK CRYSTAL was featured on the cover of Famous Monsters of Filmland #191 for the magazine’s final issue before going into a long hibernation and change of publishers. But don’t blame THE DARK CRYSTAL and its decidedly mixed reviews at the time (it has since grown to be much more appreciated). Blame the seismic shift in audience interest away from classic horror. But that’s another story.

2 thoughts on “Henson and Oz Defend ‘The Dark Crystal’”