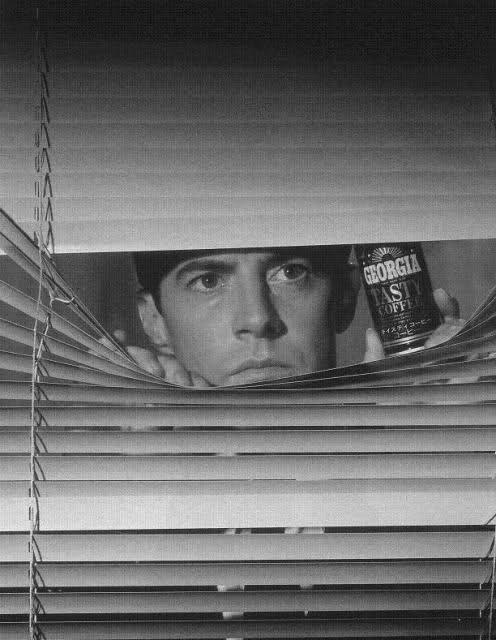 In addition to being known as an eccentric murder mystery — with general strangeness, supernatural happenings, superb pie, and the grapple between good and evil — TWIN PEAKS is all about coffee. Damn fine coffee. So it should come as no surprise that David Lynch directed a series of TWIN PEAKS-inspired coffee commercials in 1993. Exclusively for Japan.

What made these ads especially unique was that they were like minisodes of TWIN PEAKS — complete with cast members from the show. They were hawking Georgia Coffee, a Japanese brand owned by Coca-Cola. And they were filmed two years after the show was canceled.

Over the course of the four 30-second spots, Agent Dale Cooper (Kyle McLachlan) helps Ken, a Japanese man visiting Twin Peaks, track down his missing wife. The path of clues leads them from the Twin Peaks police station to Big Ed’s Gas Farm and the RR Diner — all the way to The Black Lodge. Populating the ads are TWIN PEAKS favorites The Log Lady, Shelly the waitress, and Twin Peaks P.D. mainstays Lucy, Andy and Deputy Hawk.

Featuring signature Angelo Badalamenti music from the ABC show, cracks of lightning, and The Log Lady chiming in repeatedly, “It’s true!” — the short commercials have some of the best elements of TWIN PEAKS in a can. Unfortunately, the ad campaign did not quite boost sales as expected, and a second set of commercials was canceled.

Watch the quartet of commercials in order below (despite the fact that “Part 2” and “Part 3” are wrongly labeled), then enjoy some damn fine coffee — and the return of TWIN PEAKS on Showtime this Sunday, May 21. 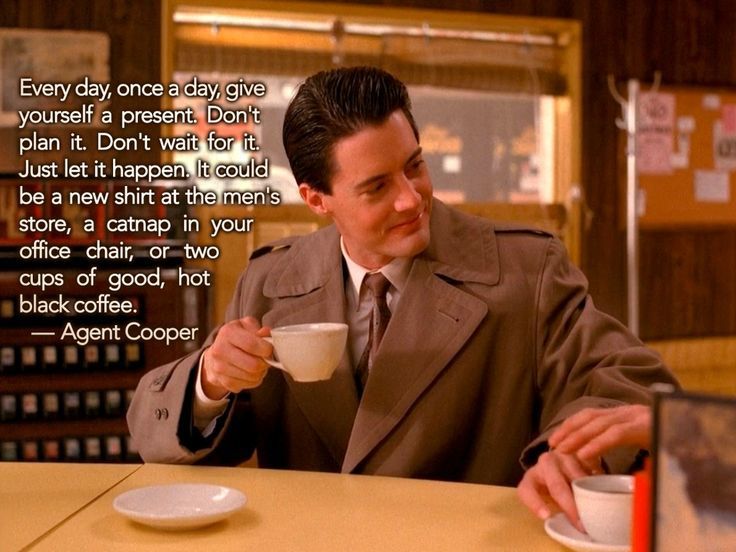 For more TWIN PEAKS fun, read some tales of my TWIN PEAKS Alternate Reality, from my love of the show to working with and interviewing some of its stars.