“They can fly rings around the moon, but we‘re years ahead of ’em on the highway…”

November 16 marks the 40th anniversary of CLOSE ENCOUNTERS OF THE THIRD KIND, and I’m getting very excited that Steven Spielberg’s Sci-Fi masterpiece will once again get the attention it deserves.

Beginning September 1, the film will get a one-week release in theaters nationwide, using a remastered Director’s Cut in 4K for U.S. and Canadian theaters. The film will also screen at the Venice Film Festival in the “Venezia Classici” section. Watch the trailer for the 4K anniversary screening here:

By no means a small and forgotten film, one still can’t ignore the fact that Spielberg’s meditation on our first contact with beings from another world has gotten a lot less attention and conversation in the last decade or so. It’s simply not on the younger generation’s radar, the most obvious reason being that CLOSE ENCOUNTERS is not a franchise. There have not been any sequels, prequels, remakes, or spinoffs. CLOSE ENCOUNTERS remains undiluted** and I am grateful for it. It is one of my all-time favorites.

**Undiluted for the most part. The film’s SPECIAL EDITION release in 1980 added seven minutes of bonus footage that included a look inside the Alien Mother Ship, while trimming and deleting other scenes. Spielberg had always wanted to deliver a more polished film despite pressure from Columbia Pictures to deliver six months early, and got the chance to make a director’s cut after the film became a huge hit — with the caveat that he show the inside of the Mother Ship as a marketing hook. Still, he ultimately regretted showing the interior. 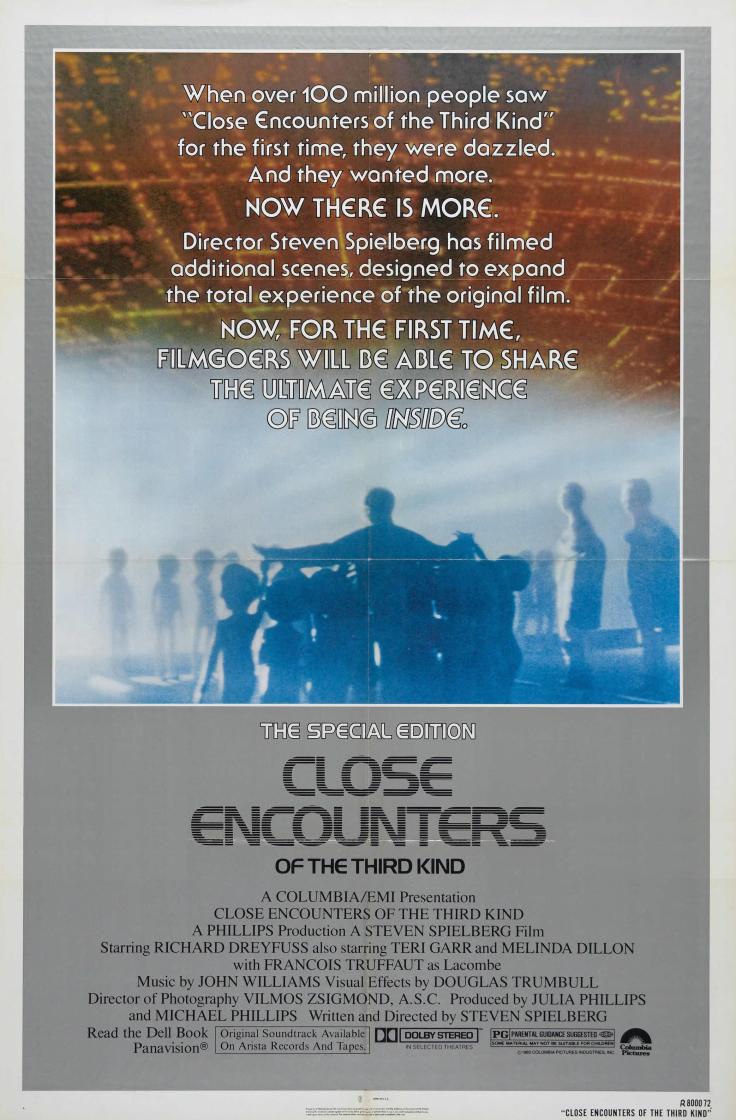 I always loved the bonus footage of seeing the landlocked S.S. Cotopaxi boat discovery in the Gobi desert, but I personally think the original cut of CLOSE ENCOUNTERS remains superior by leaving the ending to your imagination. Spielberg returned to the film one more time to cut it again as the COLLECTOR’S EDITION, and in that one he kept elements of the 1980 SPECIAL EDITION, but wisely excised the climactic Mother Ship interior coda.

In anticipation of the return of CLOSE ENCOUNTERS OF THE THIRD KIND on the big screen, here are some cool vintage Lobby Cards from both the original release and THE SPECIAL EDITION: 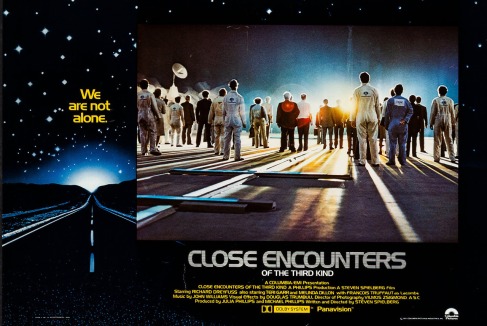 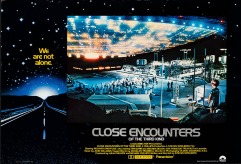 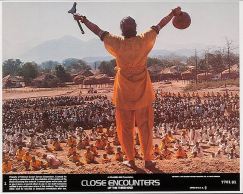 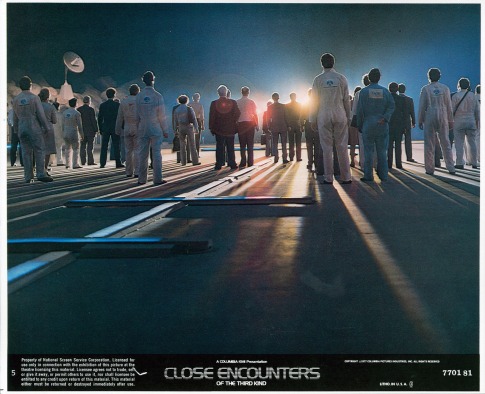 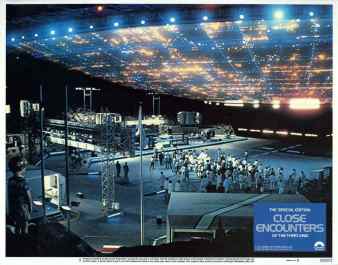 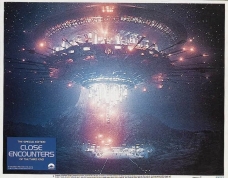 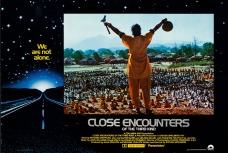 A little background info on lobby cards I like to regularly share for context: Back in the days before the Internet, movie lobby cards were a powerful tool used by

Hollywood studios to lure audiences into the darkened theater. They were the last line of enticement — and sometimes the first — alongside carpet-bombing consumers with coming attractions, movie posters, marquees, publicity stunts, movie program books, and newspaper advertisements for their newest big-screen sensation. With no entertainment websites or blogs available to tease audiences with stills from their films, lobby cards served that purpose for the studio publicity machine. These days, movie theater lobbies have eschewed the traditional lobby card for posters, standees, trailers on repeat, experiential activations and more.