The arrival of THE LAST JEDI on the big screen conjures up deep emotional feelings of nostalgia in me that are hard to suppress. After I first saw the end credits of RETURN OF THE JEDI roll by in the summer of 1983, I knew in my heart that STAR WARS was done; that this wonderful chapter of cinematic joy in my life was over. After all, a beleaguered George Lucas had said at the time that he was taking a long, indefinite break from his brainchild, despite offering up the promise of potentially making nine STAR WARS movies.

We all know what happened in the interim with the prequels and various animated series and incessant merchandising, but I never truly believed over the course of the last three decades that my human heroes from The Original Trilogy — Luke Skywalker, Han Solo, and Princess Leia — would ever return to continue their adventures.

So when Disney bought Lucasfilm in 2012 and a new trilogy of STAR WARS films was announced along with a steady stream of spinoff films, I had to pinch myself that it was all happening again with the Original Trilogy trio for THE FORCE AWAKENS. Given the overwhelming success of that entry, its follow-up, THE LAST JEDI, promises a lot more screen time with Mark Hamill as an elder Luke Skywalker — and has an obvious fan-perceived correlation to 1981’s THE EMPIRE STRIKES BACK: Darker, deeper, and potentially superior; a film that builds on top of the previous premise-establishing tale to do more world-building and to put our beloved heroes in even greater jeopardy. The tone and approach of EMPIRE has always been the benchmark comparison for the first sequels of many a Sci-Fi franchise, and though it’s essentially an apples-to-oranges comparison, THE LAST JEDI still has a lot to live up to.

In short, I’m super excited to see how this new STAR WARS movie stacks up to the rest. And in the process, I’m taking many walks down memory lane in a galaxy far, far away.

Looking back, it’s hard to believe that a full three years went by before we got a theatrical follow-up to the first STAR WARS (which mutated into STAR WARS: EPISODE IV – A NEW HOPE, complete with an unnecessary makeover two decades later), but to this day I’m grateful that we had so much time to mine our own imaginations for the further adventures of Luke Skywalker and friends before the saga got seriously deep and then, conversely, a little too cartoonish. The wild storylines in the Marvel Comics adaptation of STAR WARS and such novels such as SPLINTER OF THE MIND’S EYE and HAN SOLO AT STAR’S END (not to mention countless hours listening to the records and playing with the Kenner toys) helped guide us, but it was still up to a generation of fertile minds to fill in the gaps until we’d see our friends again on the frigid wastelands of the ice planet Hoth.

On May 21 in 1980 I waited in line with my pals to catch a matinee of EMPIRE. Like so many, I was absolutely blown away by everything that I saw onscreen. Blown. Away.

And then we stayed for a second viewing to watch from the front row, solidifying the life-changing experience. That unexpected cliffhanger ending was killer, of course, and we were faced with another three-year wait to see what would happen next, kind of like our own frozen hibernation hell in carbonite. I’m glad the stretch between main STAR WARS movies is at least down to two years now, with the spinoffs proposed to be released every other year to fill in the gaps. Too much? It remains to be seen…

As I revisit my 12-year-old mindset in anticipation of THE LAST JEDI, I’ve assembled a healthy handful of almost 30 original EMPIRE STRIKES BACK lobby cards, a few in German and French thrown in for good measure, to help you stoke the fires of your own nostalgia. Enjoy! 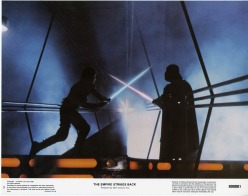 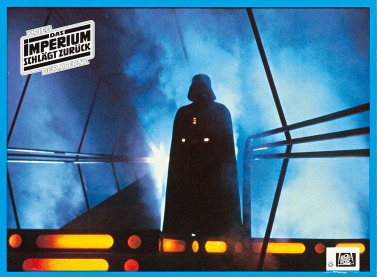 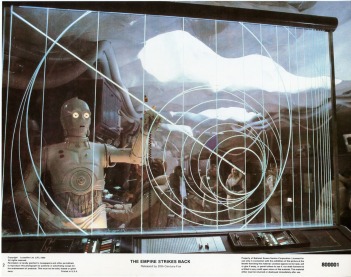 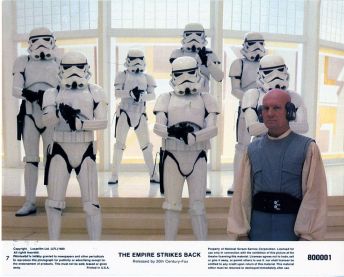 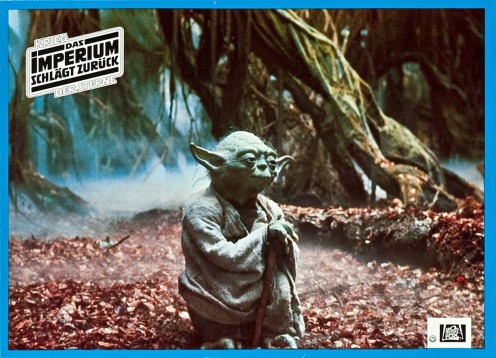 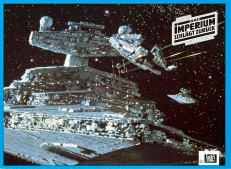 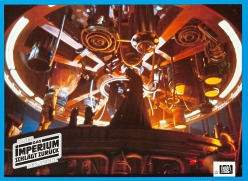 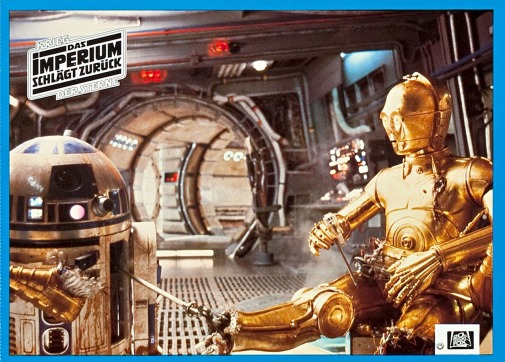 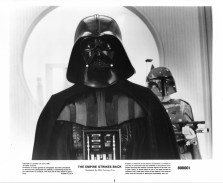 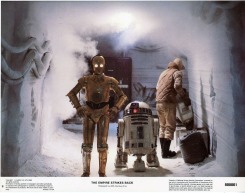 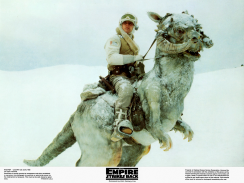 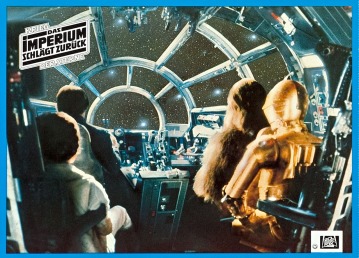 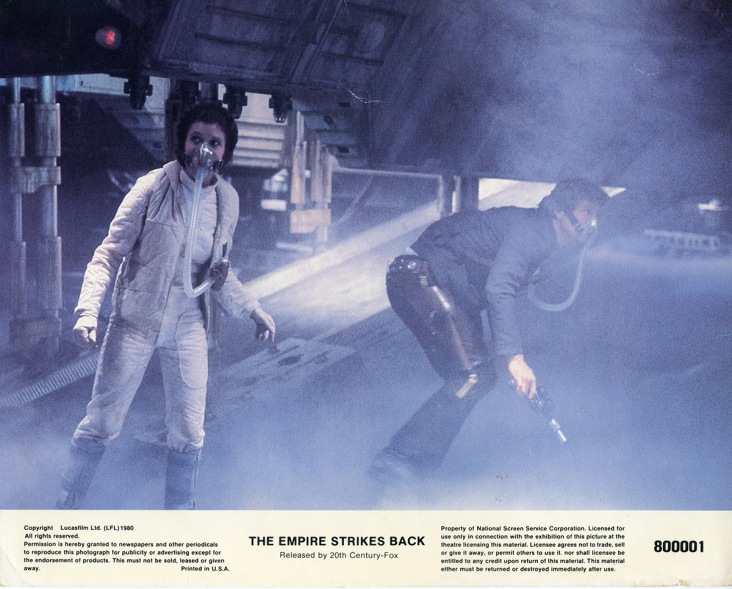 A little background info on lobby cards I like to regularly share for context: Back in the days before the Internet, movie lobby cards were a powerful tool used by Hollywood studios to lure audiences into the darkened theater. 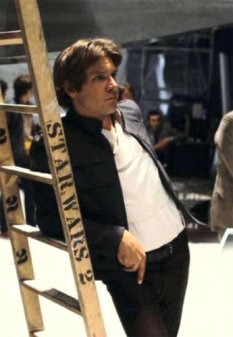 They were the last line of enticement — and sometimes the first — alongside carpet-bombing consumers with coming attractions, movie posters, marquees, publicity stunts, movie program books, and newspaper advertisements for their newest big-screen sensation. With no entertainment websites or blogs available to tease audiences with stills from their films, lobby cards served that purpose for the studio publicity machine. These days, movie theater lobbies have eschewed the traditional lobby card for posters, standees, trailers on repeat, experiential activations and more.

Trying on a few #Halloween looks… 💀🎃💀
We live in a glorious time. 🎃 #Halloween
How the Monster Cereals should’ve looked this year.
#Halloween is coming… 🎃
#Cryptid hangin’ round my house.
I am excited for what’s in store for @aliensexpanded, and to work with @iannathanwriter and the fan community “hive” to make this love letter to #JamesCameron’s #ALIENS the best that it can be.