In THE LAST JEDI, bad guy Kylo Ren (Adam Driver) tells good gal Rey (Daisy Ridley) to throw it all away — The Sith, The Jedi, a lot of the STAR WARS tropes — and start fresh so that they can rule the galaxy together. He says it, but the film does not do it. And that’s what STAR WARS needs to do now more than ever.

But it ain’t gonna happen. Not for a long time at least, if at all. THE LAST JEDI has proven to be an especially polarizing entry for serious fans of the franchise, primarily for how it plays a little too loose with some rules and expectations while eschewing some really basic storytelling logic. Fans are complaining. Loudly. I stand firmly in the “I liked it” camp because I was entertained by this new movie (read my spoiler-free review). For me, the absence of a Death Star in any STAR WARS plot beyond A NEW HOPE elevates the experience (the infamous super-weapon has become a storytelling crutch in these movies — four out of six if you count ROGUE ONE and count out the Prequel Trilogy). It’s come to that. Yet I still have a litany of nitpicks and overall disappointments about THE LAST JEDI and its story choices.

The more I think about those bad choices THE LAST JEDI makes, the more frustrated I get. Maybe not PROMETHEUS frustrated, but enough that I needed a little therapy to work through the flaws of the film, much like I had to do with those of THE FORCE AWAKENS. I wrote ‘em all down and really dissected these missteps beat by beat, along with how I wished that they were different. But I have decided not to bore you with my laundry list of gripes. Many fans and critics are picking over the same things and have already posted them. They’re easy to find. 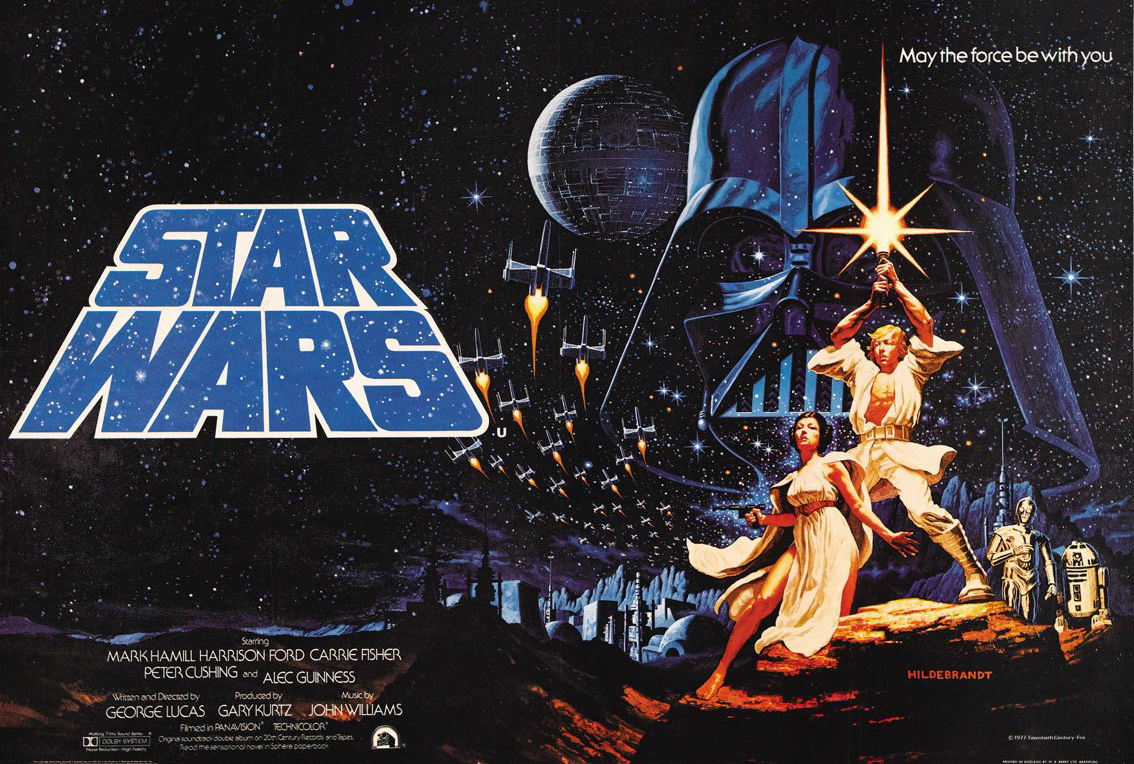 I still love STAR WARS. I grew up with the franchise from the very beginning. A NEW HOPE blew my kiddie mind in 1977 and I’ve been a changed person ever since. I refuse to allow myself to be angry at STAR WARS despite the challenge of justifying the flawed logic of the last couple entries. That goes for THE LAST JEDI and THE FORCE AWAKENS. And all three films in the Prequel Trilogy. And even RETURN OF THE JEDI. There’s lots of disappointment in STAR WARS for me if I really think about it. And I know I’m not alone. Fans want it to be great because we care. A lot. 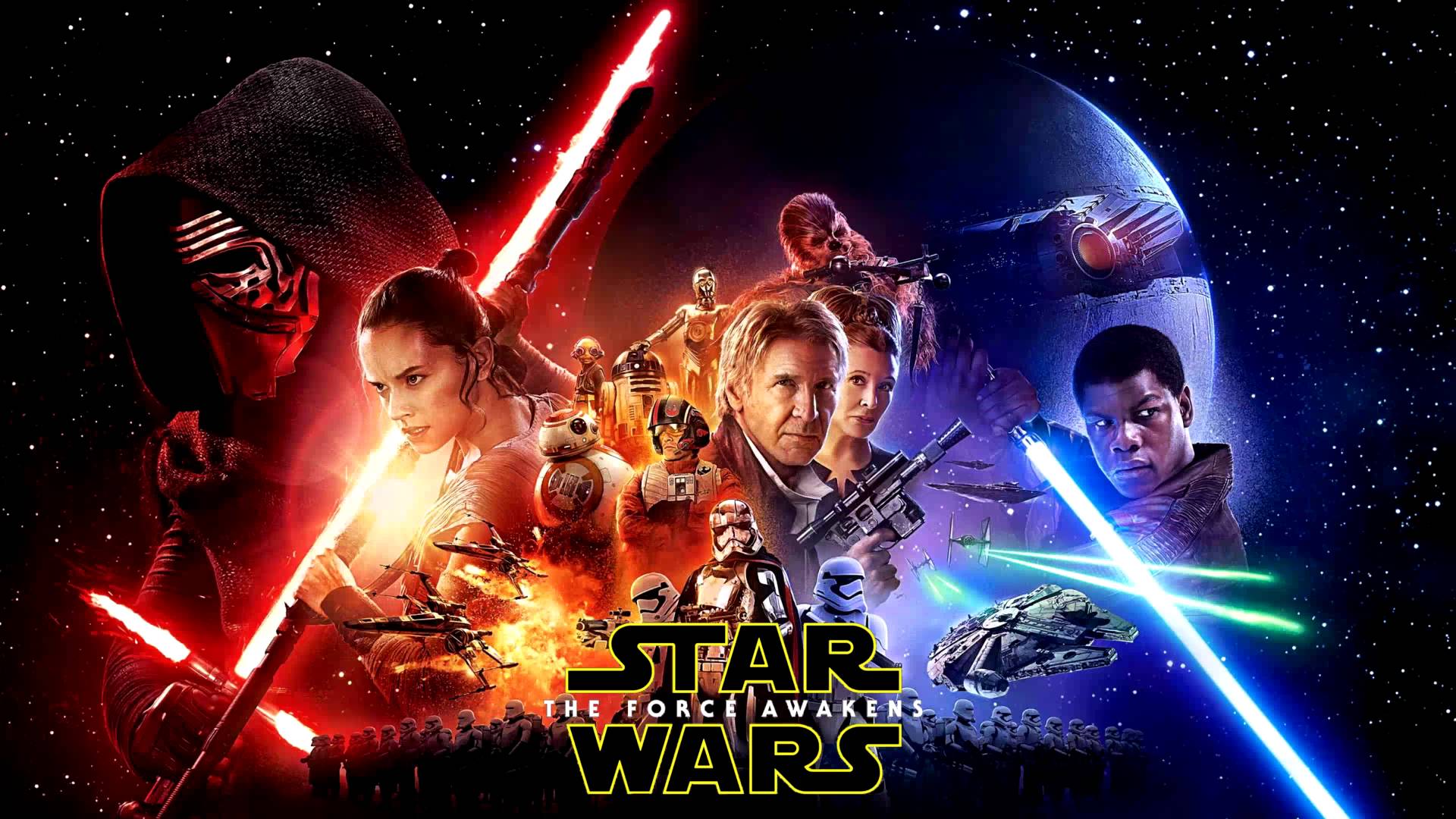 But before we rage against the machine, we must come to terms with a cold and simple truth about STAR WARS: It doesn’t belong to us. It’s a fan franchise that will always belong first to the filmmakers, the producers, and the corporate entities that banked on it to make money. Loads of money. Sadly, one can expect few risks to be taken in the storytelling process when there is a $4 billion investment at stake (the price Disney paid for Lucasfilm Ltd.). Having FORCE AWAKENS and LAST JEDI tread in very safe storytelling waters (frankly, they’re just soft reboots of The Original Trilogy tales) is essential for Disney to secure stellar box-office and ensure that generations of fans will continue to consume the movies, theme-park attractions, cruises, toys, and endless amounts of merchandise required to make the purchase worthwhile and profitable (just wait ’til they tackle the INDIANA JONES franchise). This may appear like a cynical take on the artistry of the STAR WARS films, but it’s the reality of what this entity has become in terms of what drives the overall narrative. These movies are manufactured for mass appeal to reap the greatest financial return.

Playing it safe now may indeed embolden Lucasfilm head Kathleen Kennedy and the brain trust behind STAR WARS to take more baby steps towards creative risks in the future, but what the franchise really needs is true disruption. Choices that take individual STAR WARS stories in an entirely different direction, yet remain appealing as broad entertainment. It can be done. ROGUE ONE’s script had the hubris to kill off all of the major characters in order to serve the story, and they went with it. That was completely unexpected, right? It’s a step in the right direction. It’s a type of disruption. And there needs to be more of it. As it stands, our only hope may be that the spinoff films will continue to creep into edgier territory while the A-story plays it safe. 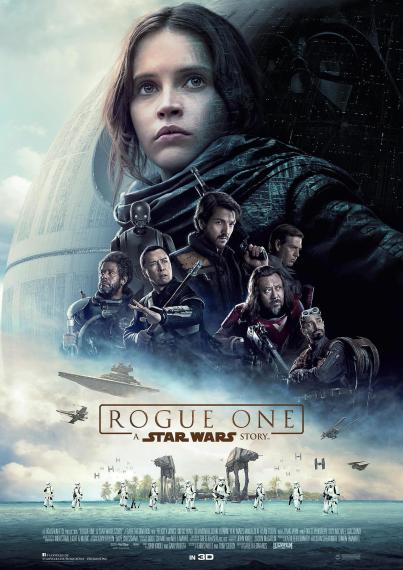 In fact, ROGUE ONE is a perfect example of the advantages/pitfalls of corporate risk/reward. Sure, it’s creatively risky and arguably rewarding from a storytelling perspective to kill off all of its heroes, but the film’s box office also did not match that of THE FORCE AWAKENS or THE LAST JEDI’s current trajectory. Some have argued that the reason for ROGUE ONE’s softer impact on the box office (it had a smaller opening weekend in comparison, but it still ultimately cleared $1 billion worldwide, no small potatoes) had to do with how the story hinges on introducing an all-new cast of unfamiliar characters and how it doesn’t directly follow the Skywalker Saga A-storyline. Since the executive mindset is that every STAR WARS film needs to knock it out of the park at the box-office or a post-mortem is in order, one can look at the ROGUE ONE experiment two different ways. It “failed” because it strayed from the formula, or it was a “hit” despite its shortcomings because fans are hungry for something new within the franchise. With FORCE AWAKENS director J.J. Abrams once again at the helm of the next trilogy-closing EPISODE IX, I suspect we’ll see STAR WARS playing it safe once again before THE LAST JEDI writer-director Rian Johnson steers the narrative into uncharted territory with his newly announced [possibly Skywalker-free] trilogy.

And then there’s the creatively embattled SOLO: A STAR WARS STORY (whose original directors Phil Lord and Christopher Miller were pink-slipped and Ron Howard stepped in to finish the job), which will test the mettle of old-school fans and their loyalty to Harrison Ford vs. Alden Ehrenreich’s younger take on the iconic Han Solo. And Disney has plans for a STAR WARS TV series on its streaming platform that is expected to roll out in 2019. Perhaps a small-screen STAR WARS has the best chance of appeasing fans who are hungry for more mythos, all the while pushing the envelope as a litmus test for the big-screen entries? The relative success of such animated spinoff series as STAR WARS REBELS and CLONE WARS gives hope for some experimentation in the sandbox, but the budget required to produce a quality live-action STAR WARS TV series also points to playing it safe.

As far as supply and demand goes, we can all wish that THE LAST JEDI, THE FORCE AWAKENS, or any other STAR WARS film would deliver the story that we personally want. But we also know that a wish like that can never be possible; different fans covet different things. We all can’t be satisfied. The disappointed can rant all they want ’til the twin suns set. And the motivated can use cameras and editing software at their disposal to rework STAR WARS and bend the story to their will and then post for all the world to see/discuss. After the emotional highs and lows of a theatrical release, a STAR WARS film is in the hands of the fans. And that’s the ultimate truth — there’s “canon,” and then there’s whatever the hell you want a STAR WARS movie to be after Lucasfilm delivers their final cut.

I’ve come to accept that I will probably never get a storyline that I will be completely satisfied with beyond the first two STAR WARS films ever made, which I love to death. I learned that lesson early on with my disappointment over RETURN OF THE JEDI in 1983, which felt like a cop-out to what EMPIRE built up. And then I confirmed that lesson with my dashed hopes in the entire Prequel Trilogy. THE FORCE AWAKENS renewed my faith in the direction of the big-screen franchise, but I still had gripes with how the Original Trilogy characters were handled. Still, I have been and always shall be a STAR WARS fan, and I appreciate the fact that I am getting more new STAR WARS movies than ever before. Every year now. For that I can’t — and shouldn’t — complain. Some will hit, some will miss the mark. They can’t all be bullseyes.

But I’ll keep hoping they will be.

I love STAR WARS and write about it a lot. Get my spoiler-free review of THE LAST JEDI, my interviews with Mark Hamill, and more STAR WARS fun HERE.

2 thoughts on “Time to Disrupt the ‘Star Wars’ Franchise”