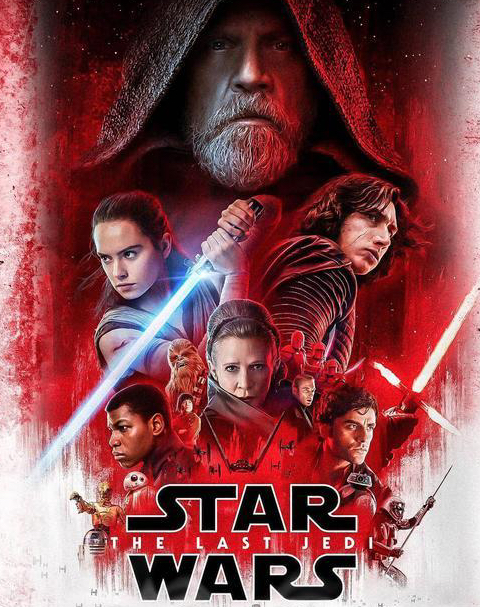 WHAT’S THE DEAL: The STAR WARS saga continues with a direct follow-up to the events of THE FORCE AWAKENS. As young Rey (Daisy Ridley) seeks the tutelage of Luke Skywalker (Mark Hamill) to learn the ways of The Force and recruit him for the fight against the iron-fisted First Order, Kylo Ren (Adam Driver) and the bad guys hunt down the fleeing members of The Resistance, led by General Leia Organa (Carrie Fisher), forcing Finn (John Boyega) to team up with a newcomer (Kelly Marie Tran) to find a way to save his friends.

WHY SEE IT: With the task of introducing and establishing new blood (Rey, Finn, Kylo Ren, etc.) out of the way, this new STAR WARS chapter allows room to stretch while integrating lots of story, humor, and a much more satisfying amount of screen time with Original Trilogy hero Mark Hamill. THE LAST JEDI is an unapologetic hybrid of key thematic elements from THE EMPIRE STRIKES BACK and RETURN OF THE JEDI in new packaging, and that’s either good or bad depending on how you look at STAR WARS movies these days. Destiny, mysticism, Jedi masters, apprentice training, the dark side of The Force and the light, conflicted villains, and malevolent emperors/supreme leaders are arguably the essential ingredients of any STAR WARS movie, and THE LAST JEDI shakes them up, scatters them about, and rearranges them to suit well-trodden territory punctuated with fun, direct nods to fan-favorite moments and characters from The Original Trilogy. Carrie Fisher’s Leia is more pivotal and gets a lot more to do this time around as well, and those squeaky little doe-eyed Porgs turn out to be endearingly silly — nowhere near as annoying as the Ewoks of RETURN OF THE JEDI. If you don’t take your STAR WARS movies too seriously, this entertaining sequel does not disappoint.

THE FLICK FLACK: If THE FORCE AWAKENS is guilty of being a loose remake of the first STAR WARS movie, then THE LAST JEDI is guilty of being a loose remake of THE EMPIRE STRIKES BACK and RETURN OF THE JEDI combined. The new STAR WARS trilogy just cannot seem to escape the past. Sure, the franchise’s success will always remain beholden to the beats and themes of The Original Trilogy. But there are infinite ways to integrate elements of the magic recipe of what people love about STAR WARS — lightsabers, blasters, quips, Force mysticism, lineage, camaraderie, dogfights, hyperspace — without structuring the new films to be so similar to the first three.

Where THE LAST JEDI ultimately fails is in its refusal to guide the franchise into fresh waters, and perhaps more egregiously by ignoring much of the new mythos and emotional storylines introduced in THE FORCE AWAKENS. Without diving into spoiler details, suffice it to say that there are major missed opportunities in terms of story continuity that could have made THE LAST JEDI a much more compelling tale and also could have satisfied those fans who are paying attention a whole lot more.

NOTABLE NOTES: THE LAST JEDI is a transition film, the middle of a new trilogy, and writer-director Rian Johnson tells StarWars.com that his approach to the material was grounded in the trials and tribulations of adolescence: “To me, these movies are always, to some extent, about the transition from childhood into adulthood. When I hear [George] Lucas quoted as saying, ‘These movies are for kids,’ it doesn’t mean they’re for little kids who laugh and point at creatures farting. It means that they’re about kids who are on the cusp of adolescence and about to transition through those stormy waters into being an adult and finding their place in this world. The hero’s journey, the myth that Joseph Campbell writes about, that Lucas famously pulled from, it’s not about becoming a hero. It’s not about becoming Hercules. The hero’s journey is really about adolescence. It’s about becoming an adult.” 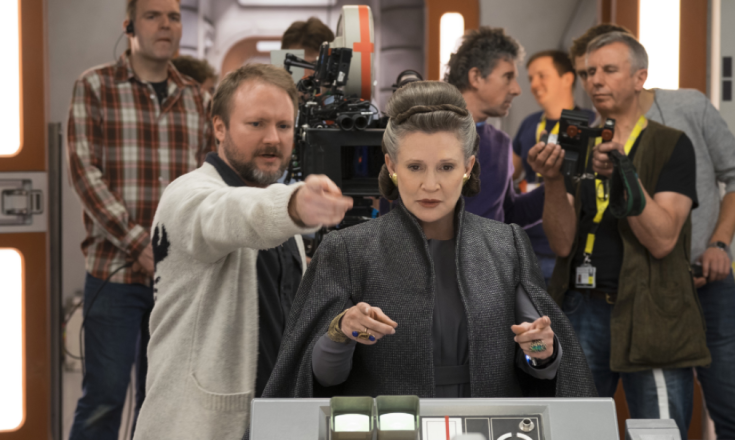 I love STAR WARS and write about it a lot. Get my interviews with Mark Hamill and more STAR WARS fun HERE. 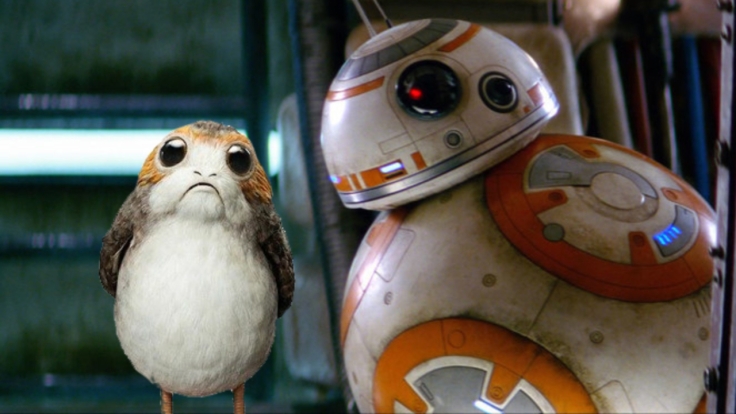 7 thoughts on “‘The Last Jedi’: The Flick Flack Movie Review”

RIP #MeatLoaf. A one of a kind. When I met him while I was working at ET he was incredibly charming and approachable. Bat Out of Hell is an epic contribution to rock. He will be missed.
#HeavyMetal
Fotonovels and such.
#JamesBond
#StarTrek #Catspaw
Photo taken on the Amityville set seen in #TheConjuring 2 in 2015.