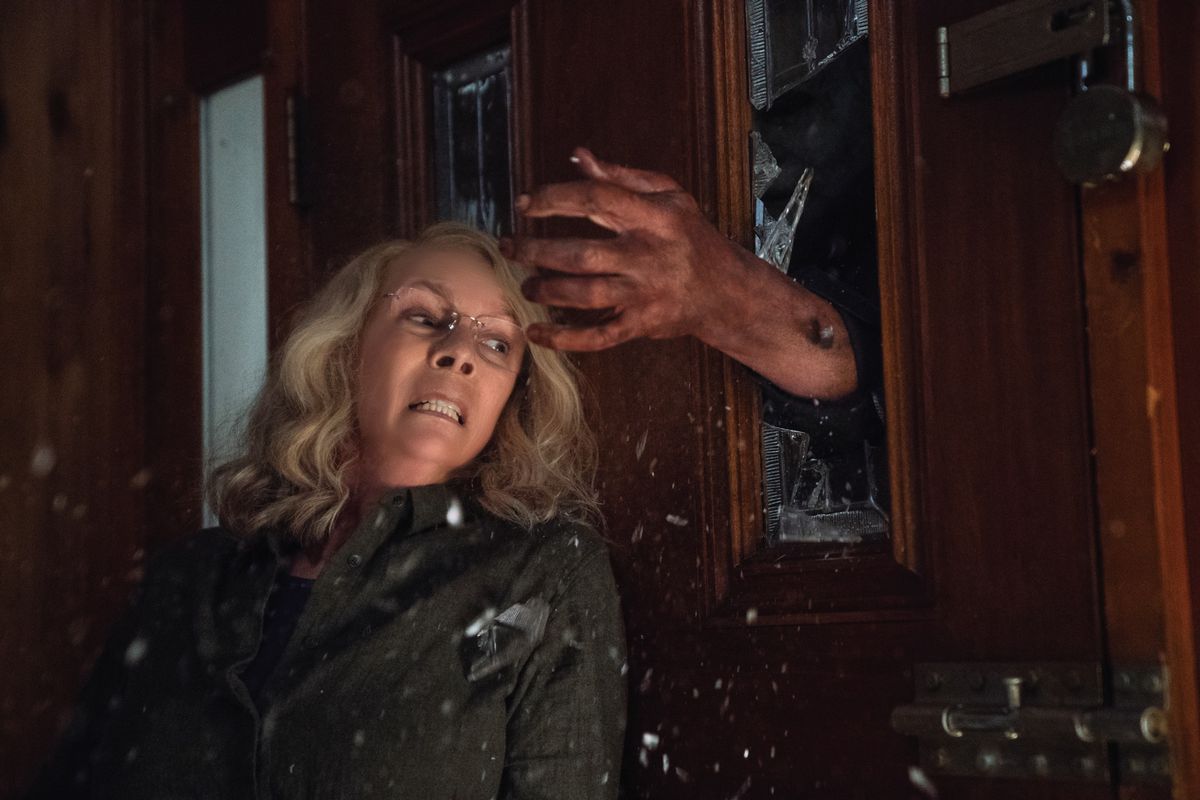 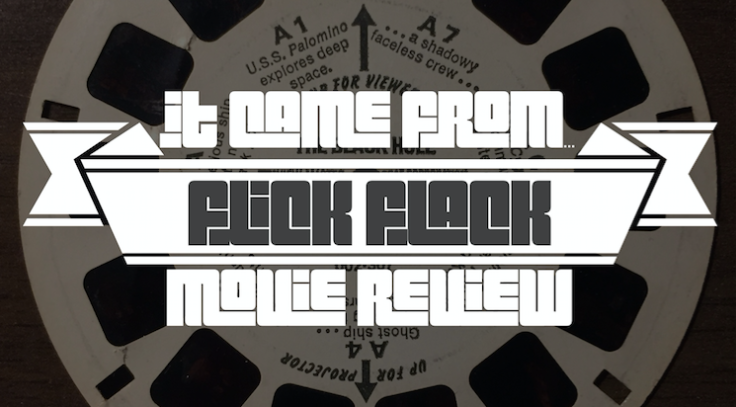 WHAT’S THE DEAL: Forty years after John Carpenter’s original HALLOWEEN scared the crap out of moviegoers, the relentless Michael Myers is back on the loose to slash up babysitters and unfortunate bystanders and to terrorize Jamie Lee Curtis’ Laurie Strode — who’s more than ready this time to take him on. 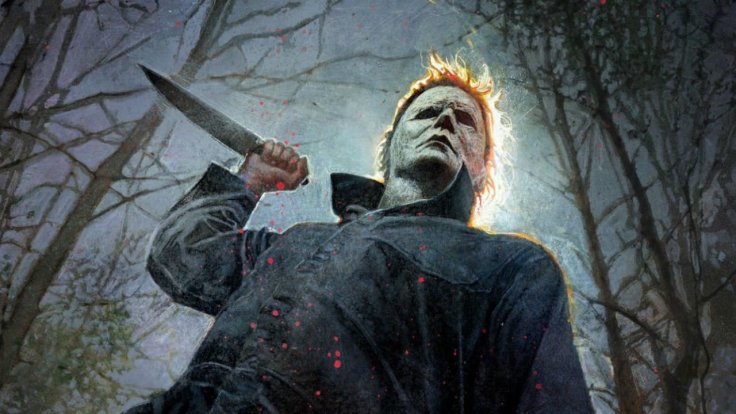 WHY SEE IT: With a pedigree that includes the returning Carpenter as executive producer (as well as providing a new, updated score), a take-no-prisoners Curtis back in the role that launched her career, original Shape Nick Castle donning the white Shatner mask again, and horror-flick powerhouse Blumhouse Productions calling the shots, there’s a lot to love about this revisit to Haddonfield, IL four decades later. Add a storyline that essentially eschews all less-than-stellar HALLOWEEN sequels — and offers up an interesting study of the psychological aftermath/ripple effects of how a trauma survivor copes with their altered reality and can project onto their loved ones — and you’ve got some compelling reasons to see this continuation of the HALLOWEEN saga. 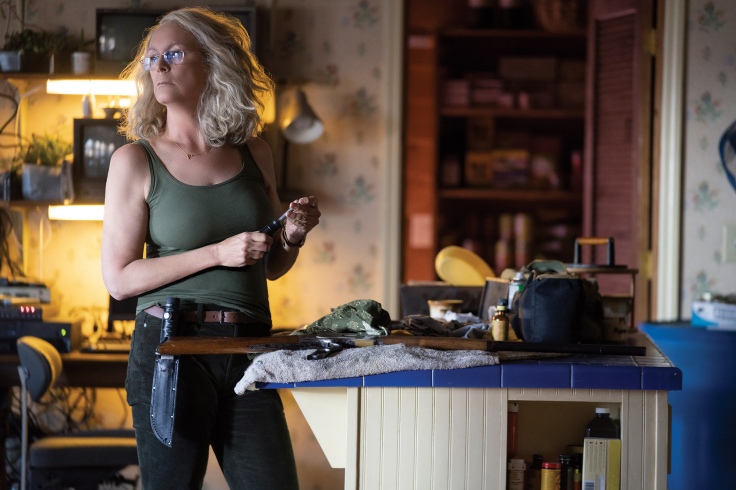 Ripe with nostalgia from the opening title sequence (which delivers Carpenter’s unbeatable original HALLOWEEN theme and cleverly reverse-rots the original film’s signature jack-o-lantern) the film (directed by David Gordon Green, who co-writes with his PINEAPPLE EXPRESS buddy Danny McBride and Jeff Fradley) offers a number of interesting new storyline directions. The best parts focus in on the gray, grizzled, and still mentally shell-shocked Laurie Strode (a stellar performance by Curtis), who drowns her nightmares in alcohol and can barely navigate her relationship with her estranged daughter Karen (the capable Judy Greer, relishing her meatier-than-usual role), but is steady when it comes to connecting with her granddaughter (Andi Matichak). Laurie has spent the last 40 years prepping for a second tete-a-tete with The Shape, and it’s energizing to see her in full survival/combat mode as she lies in wait. We know that when the inevitable confrontation finally occurs, it will be electric… 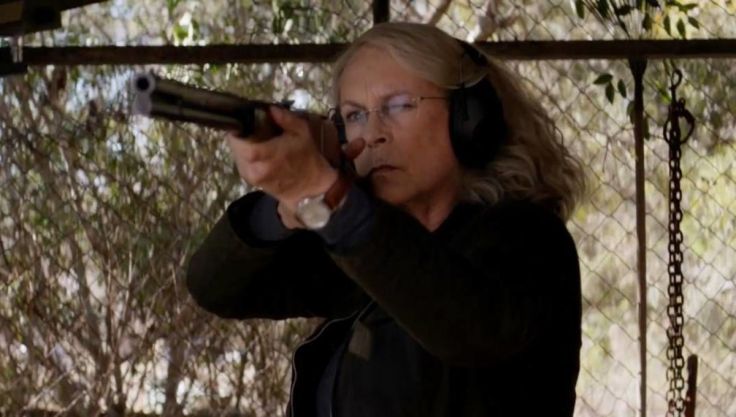 THE FLICK FLACK: For the most part, Laurie’s climactic confrontation with the freshly loose Michael Myers is exciting stuff. But for all that is entertaining, clever, and nostalgic in this knowing revisit to sacred territory, there are far too many flaws in the story logic and character motivations that ultimately kill the vibe of this film. I regret to say that this movie was a big disappointment. Too many characters do dumb things, Laurie Strode included, and these infractions are squarely due to lazy screenwriting and “surely no one will notice” directing choices. I have a three-strikes rule when it comes to this kind of stuff. I am happy to suspend my disbelief the first time around, but the second time becomes a distraction for me, and the third time a film’s storyline or character actions defy basic logic, I’m out. Sadly, this movie has it in spades if you’re paying attention. 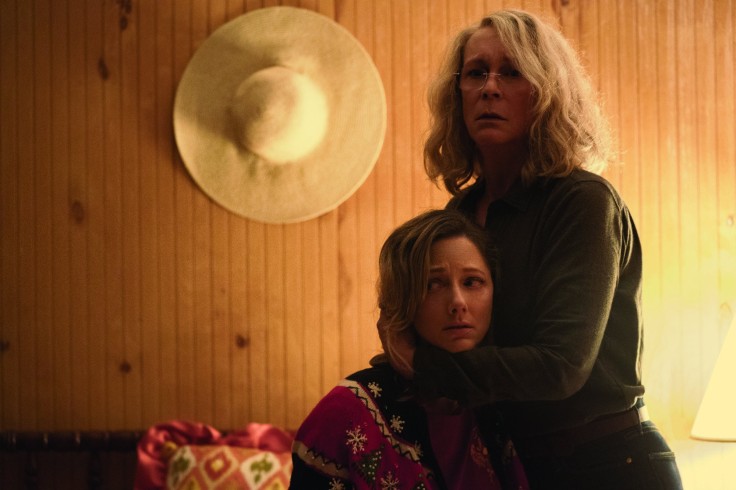 John Carpenter’s original HALLOWEEN remains one of the scariest films I’ve ever seen. I saw it alone, in a darkened room, on my old black-and-white TV set when I was no older than about 12 years old. I’ve watched it more times than I can count over the years just to demystify it and deconstruct it for my own psychological well being. I love it, warts and all. It’s not perfect, but it’s a master class in building tension with atmosphere, judicious editing, and a simple-yet-relentless, repetitive score. I know full well that no sequel, even one 40 years later with an impressive pedigree like the new HALLOWEEN, can fully live up to my expectations — expectations that have been tempered by disappoinment after disappointment, from HALLOWEEN II to HALLOWEEN H20. But this one took a sharp left turn about a third of the way through and never fully recovered. Much like the moment early on in the film in which one of the film’s teens declares that Michael Myers’ limited killing spree back in 1978 is pretty tame by today’s mass-murder standards, the new HALLOWEEN is similarly just not very impactful in the context and standards of the now. **Sigh** 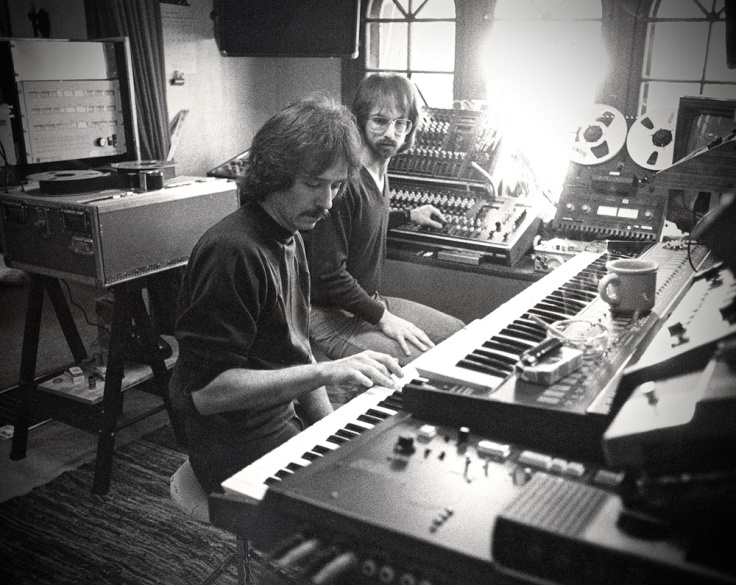 NOTABLE NOTES: Looking at the humble beginnings of John Carpenter’s HALLOWEEN, his 1978 film was made for a budget of only approximately $300,000. That limitation prompted Carpenter to score the film himself, with a handful of tracks designed to capture the emotion and feel of the various scenes he was cutting together. “I only had three days to do the music to HALLOWEEN,” Carpenter tells NPR. “I recorded five or six themes. And this wasn’t scoring to picture. This was just scoring blind, and then I would cut the themes into the movie. I had to guess at various moods. What surprised me is, they actually fit pretty well into the movie. It’s a cheap but effective way of scoring.” Carpenter’s tracks turned out to be so effective, especially with their hypnotic repetition in the film due to budgetary restrictions, no subsequent HALLOWEEN movie has since been able to match — or beat — their genius simplicity. 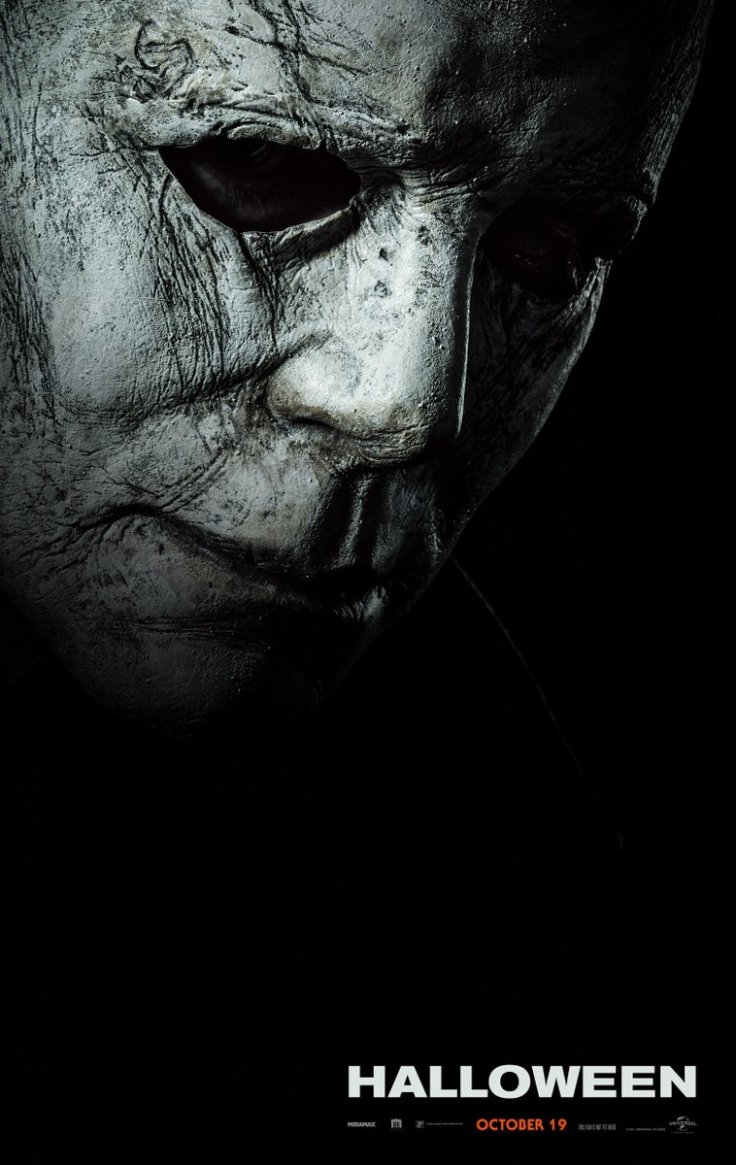 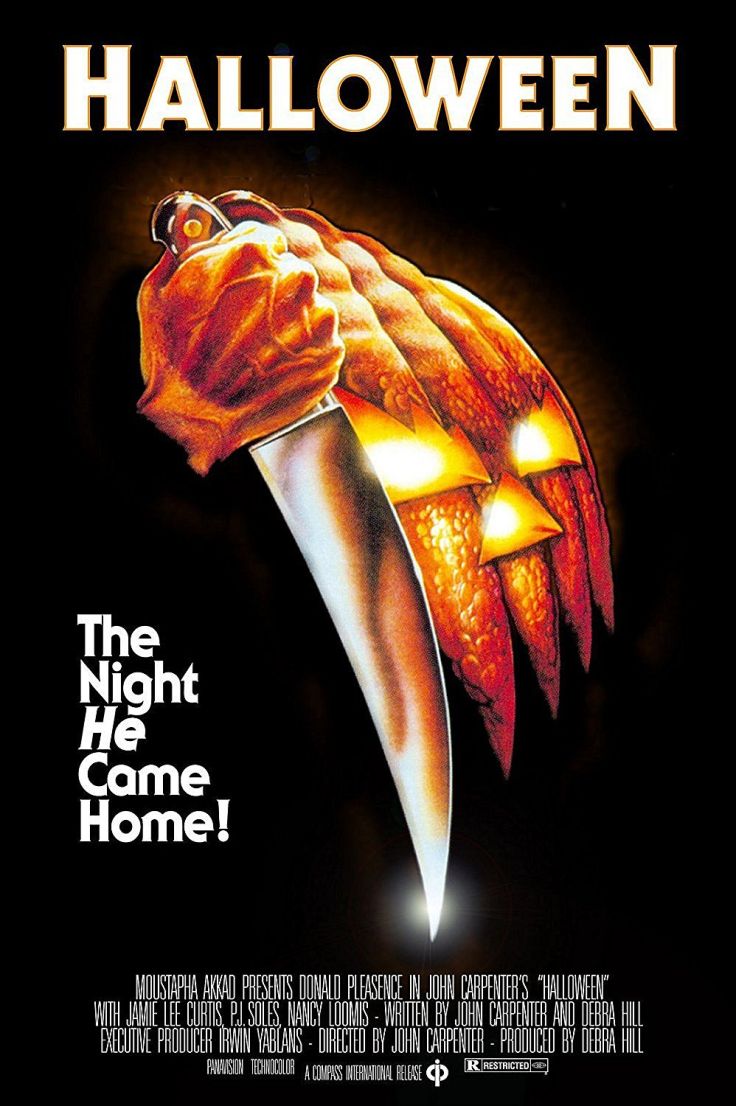 Now reading to my kid... #JulesVerne #books #ItCameFromBlog
‪Who had this guy hanging behind their bedroom door? #Frankenstein ‬#ItCameFromBlog
Statues of the gods at ILM: Willis O’Brien and Ray Harryhausen. #SFX #VFX #ILM @ilmvfx #Lucasfilm #RayHarryhausen #WillisObrien #KingKong
Farewell, #NeilPeart. Peart was an absolute god to me, just another analog kid from the subdivisions who played the drums, worshipped #RUSH, and dreamed of greater possibilities. His lyrics, talent, drive and example were unmatched. RIP Neil. Devastated.
Okay, had to try one. Thanks, @fangoria, for making a fun one that #horror fans and the @80shorrordoc community could enjoy.
‪Is this still a thing? #StarTrek #StrangerinaStrangeLand #grok #Spock #Heinlein ‬#ItCameFromBlog