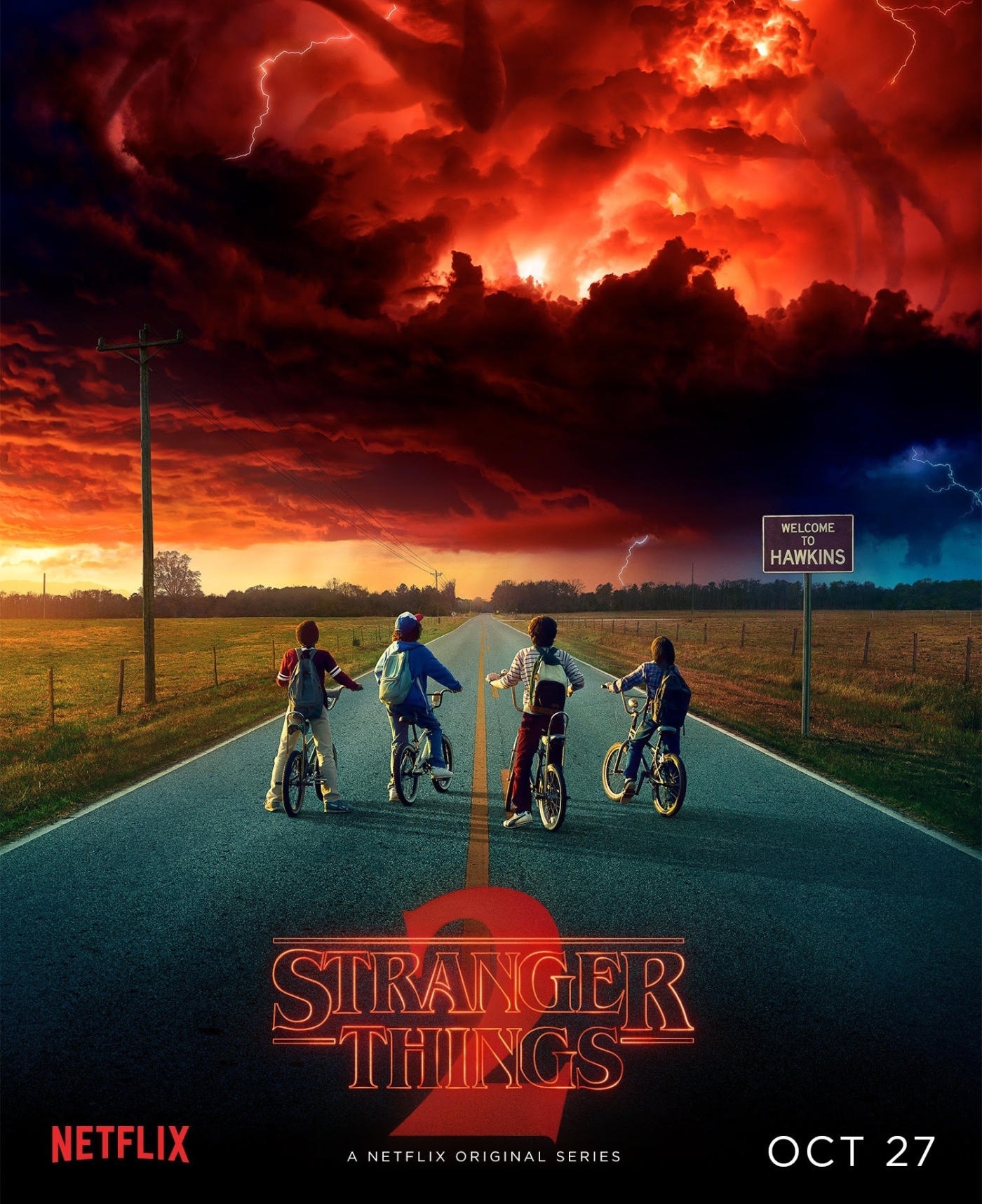 WHAT’S THE DEAL: All your favorite characters from the Netflix sleeper series STRANGER THINGS are back for more supernatural adventures in the Upside Down to binge-watch — this time with a bonus ninth episode — courtesy of super ‘80s movie fanatics The Duffer Brothers.

**I keep the spoilers mild, but steer clear if you want to remain completely spoiler-free!**

WHY SEE IT: A direct continuation of the wild, mysterious events introduced in the first season, season two of STRANGER THINGS wisely chooses to focus on the residents of Hawkins, IN and how they are coping with the normalcy of daily life while dealing with the post-traumatic stress of their life-changing events. At the same time, the story introduces a new threat — the Lovecraftian, Cthulhu-like Shadow Monster — and begins to world-build as Eleven (Millie Bobby Brown) tracks down her roots and connects with a fellow patient from the secret government lab in Hawkins.

This time around, the Duffer Brothers draw inspiration from such ‘70s and ‘80s genre films as JAWS, ALIENS, CLOSE ENCOUNTERS, THE EXORCIST, and GREMLINS, and they expand their troupe by introducing intriguing new players to the mix (Sean Astin as groaner boyfriend Bob, Paul Reiser’s questionable Dr. Owens, Sadie Sink’s tomboy “Mad” Max, and Max’s unpredictable step-brother Billy, played by Dacre Montgomery). They also rearrange the dynamics of who spends extended screen time together with some unlikely pairings, such as Dustin (Gaten Matarazzo) teaming up with Steve Harrington (Joe Keery), and Eleven sharing living space with Sheriff Jim Hopper (David Harbour). It’s also nice to see Will Byers (Noah Schnapp) get more storyline attention to wrestle with his demons (bowl cut and all) and communicate with his mom, Joyce (an excellent Winona Ryder), directly rather than through phone calls and blinking Christmas lights.

Other than its clever ‘80s period details, a whip-smart soundtrack, and obvious and insider nods to pop-culture inspirations, the real virtue of STRANGER THINGS is that it carves out generous moments for its characters to breathe, develop, connect, and display thoughtful dimensionality. I loved reuniting with every key character in the first episode of the new season, watching them exist in their everyday lives without disruption, finding happiness in simple pleasures like hanging out at the video arcade, getting excited about new prospects with the opposite sex, and preparing for Halloween — so much so that I was worried about everyone’s safety, armed with the knowledge that things were about to get very freaky very soon.

THE TV FLICK FLACK: My biggest problem with the new season of STRANGER THINGS has to do with the abundance of CGI antagonists — namely the Demodogs. Taking their cue from the ALIEN Xenomorph’s evolutionary stages, the Duffer Brothers are going for an ALIENS vibe here by raising the stakes with the number of monsters beyond a solo Demogorgon, but the kinetic appreciation for me was diminished because I couldn’t get over the distraction that our heroes were simply battling pixels. I always respond much more strongly to practical effects that are more tangible onscreen for character interactions, and so that obvious CGI element of the story took my overall appreciation of the proceedings down a notch, even though I know it’s a given in this day and age.

Also, what I loved about the second season of STRANGER THINGS is also ironically what I didn’t like about it to a certain extent. At the end of the first season, I had many questions about the cryptic world that was created and was eager for answers. But I was also secretly hoping for a whole new supernatural direction with a whole new set of stakes. That’s essentially what the Duffer Brothers deliver with the Dark Monster in a direct continuation of the storyline, which I very much appreciated. Still, I felt a bit confined to the circumstances set up in Hawkins. That’s why when Eleven ventures out to the big city to find her fellow lab-rat sister Eight (played by Linnea Berthelsen), the story takes an invigorating turn that could have benefited from another full episode. Part of me really wants this show to shake things up with a brand-new threat from a completely different source, and perhaps that’s what we’ll get come season three.

NOTABLE NOTES: From Steven Spielberg and Stephen King to John Carpenter and other ‘80s storyteller influences, the Duffer Brothers have not been shy about listing their movie muses. For the second season of STRANGER THINGS, they turned to blockbuster sequels and, specifically, James Cameron, as their guide. Matt Duffer told EW.com, “I know movie sequels get a lot of shit, but the ones we look up to aspire to pivot and do something different. There’s TEMPLE OF DOOM, ALIENS, TERMINATOR 2. I guess a lot of this is James Cameron. But he’s brilliant. And I think one of the reasons his sequels are as successful as they are is he makes them feel very different without losing what we loved about the original. So I think we kinda looked to him and what he does and tried to capture a little bit of the magic of his work.”

Then read some of my Famous Monsters-related pieces, ENTERTAINMENT TONIGHT-related tales and interviews,  see cool vintage movie lobby cards, and much more! 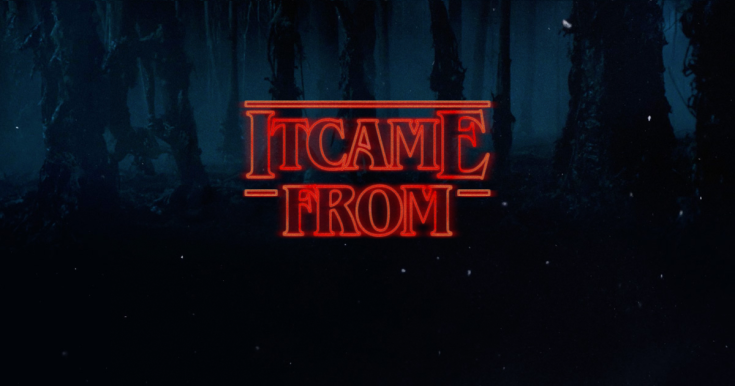